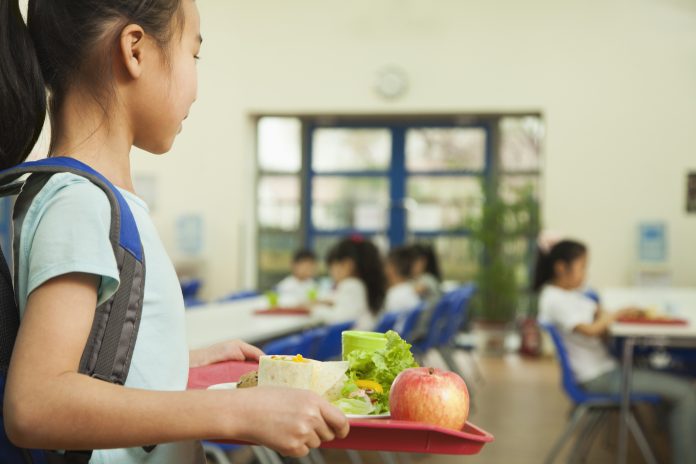 Such a change—anticipated for release this month—will, among other things, open up every single-sex restroom, locker room, housing accommodation, sports team, or admission program to the opposite sex, if those individuals simply claim to be female.

Because of the significance of the new rule, it might have been easy to miss the Biden administration’s most diabolical move yet in its battle for mass transgender acceptance.

The U.S. Department of Agriculture has recently announced that it, too, will interpret the prohibition on discrimination based on “sex” found in Title IX to include “sexual orientation and gender identity.”

Except it goes further: It will also expand the “sex” discrimination definition found in the Food and Nutrition Act of 2008 amended by the Supplemental Nutrition Assistance Program (formerly the food stamp program) in precisely the same way.

Why does that matter?

Because it holds food for needy children hostage to the transgender agenda.

This doesn’t come as much of a surprise for anyone who remembers that on Day One his presidency, Joe Biden issued an executive order on sexual orientation and gender identity discrimination making clear that every federal agency was going to toe the line on a new sexual orthodoxy, and cited Bostock as support.

But as I’ve written and publicly testified, the White House has gone far afield of the court’s ruling, expanding it beyond what the justices stated clearly in the opinion was limited to Title VII only.

The Food and Nutrition Act and SNAP programs—administered by the USDA—provide nutrition assistance to eligible, low-income individuals and households via monthly benefits on an electronic payment card—similar to a debit card—which can be used at stores to purchase food.

The Food and Nutrition Act also establishes the National School Lunch Program, which is administered by state agencies that receive federal funding through the USDA and then enter into agreements with individual schools to provide that funding. The school lunch program services over 21 million needy schoolchildren every day—children who rely on it in order to have breakfast, lunch, or both.

But now, a school’s failure to adhere to “gender identity” anti-discrimination policies and open restrooms, locker rooms, or sports teams to those professing to be the opposite sex will put their federal nutrition assistance funding at risk.

That means that needy kids—no matter their sexual orientation or gender identity—might have to go without meals at school.

The USDA has even made clear that “there will not be a grace period for accepting and processing discrimination complaints based on sexual orientation and gender identity in [Food and Nutrition Service] programs.”

It has allowed participating schools extra time to order and display required lunchroom posters and update their nondiscrimination policies—as long as they can demonstrate efforts taken to comply with the guidance provided before the USDA issues a finding of “noncompliance.”

With the ramping up of gender identitarianism in public education and the consistent push to make disciples of the church of transgender, is it any wonder that, for example, middle school students are now being named in Title IX complaints for not using a fellow student’s “preferred pronouns”? Or that seven states now require the teaching of LGBTQ-specific topics in school? Or that a teacher in Massachusetts is introducing kindergarteners to concepts like transgenderism and gender queer—but not fully defining them because that is apparently just “too much” for kindergartners? (Please. Spare us your sanctimonious reluctance.)

While the release of the Title IX rule is anticipated later this month, USDA has stated that additional guidance on timelines and implementation is forthcoming.

The Biden administration’s weaponization of federal law—whether Title IX, the Food and Nutrition Act, or other things—to strong-arm American schools, students, and families into compliance with its gender-fluid policies appears to be far from over.