What do you call it when hundreds of thousands of government jobs have been vacated since the beginning of the pandemic, and no one is willing to fill them?

So, while the private sector labor force has recovered all of its loses from the pandemic and actually grown a bit—though not quite equal to the population growth over that time period—government employment is down by 664,000.

Of course, that discrepancy raises the question: why?

Axios suggests it may be because government jobs pay less. “Government employers are competing for workers in a super-tight labor market, and they have less to offer: The jobs typically pay less, for starters.”

But that’s not what the data show. 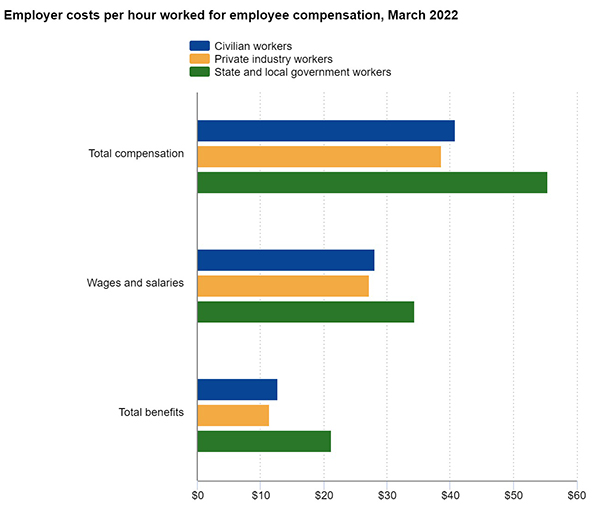 Axios also suggests that many of the non-returners may be public school teachers, and explains, “Today’s teachers are navigating the threat of school shootings, a pandemic and intensifying political interference in their lesson plans—all while their wages remain stagnant.”

But many school districts increased wages or provided financial bonuses when teachers returned to the classroom.

Originally published by the Institute for Policy Innovation. Republished with permission. For more Budget & Tax News.

Budget & Tax News Merrill Matthews - August 15, 2022 0
IRS gun arsenal will be wielded by 87,000 new agents under the Inflation Reduction Act, raising questions about training and use of force. Some of...