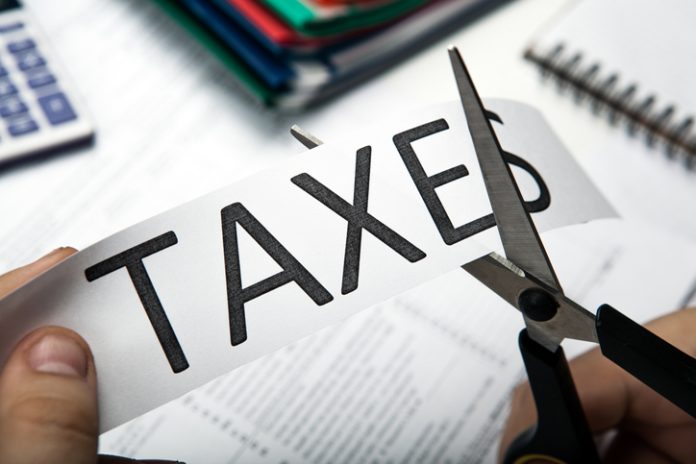 This article appeared in National Review (Online) on September 19, 2022.

In the past few years, the federal government has passed massive subsidy bills and damaging tax hikes. Democrats are rapidly growing the government, and Republican leaders seem incapable of articulating a pro‐​market agenda in response. It has been a nightmare for fiscal conservatism.

But there is good news on fiscal policy. A wildfire of state income‐​tax cuts is sweeping the nation. Republicans are leading the reforms, but even Democratic states are offering some taxpayer relief.

The dollar value of recent state tax cuts is the largest in at least four decades, made possible by overflowing coffers in most states. Even with the cuts, state tax revenues rose 10 percent in 2021 and will likely rise another 10 percent in 2022.

The states could have spent all the extra money, but Republicans have pressed for pro‐​growth tax cuts in state after state. More than 20 states have cut individual or corporate income tax rates, with some of the reforms being phased in over time.

Why the focus on income‐​tax cuts? Republicans know these cuts provide the most bang for the buck on growth. They also know that Florida, Texas, and seven other states run their governments with no individual income taxes at all.

“Many others are racing to join them, and we can’t be left behind,” noted Oklahoma governor Kevin Stitt.

Interstate competition to reduce tax rates has been strengthened by the locational flexibility that remote work is providing. In addition, the 2017 Tax Cuts and Jobs Act magnified tax differences between the states by capping the federal deduction for state and local taxes.

Data from the IRS show that Americans are moving from high‐​tax to low‐​tax states. In 2020, 20 of the 25 lowest‐​tax states enjoyed net in‐​migration, including eight of the nine states that do not have individual income taxes.

High‐​tax states with the largest migration outflows, such as New York and California, should be using budget surpluses to cut their income‐​tax rates and stop the exodus. But those states tend to have monopoly Democratic governments in denial about the new competitive realities.

It tends to be the states with middling tax burdens that are pursuing major tax reforms. Stitt said he wants to make Oklahoma “the most business‐​friendly state in the nation by reforming our tax code.” Arizona governor Doug Ducey said for Americans tired of living in states with “high taxes, heavy regulation, low‐​growth, and fading opportunity, Arizona has become the destination.”

Some Democratic leaders in red and purple states are going along with the tax‐​cutting wave. Democratic governors in Louisiana, North Carolina, Pennsylvania, and Wisconsin have signed into law income‐​tax‐​rate cuts passed by GOP legislatures.

Many governors who don’t support income‐​tax cuts are at least supporting one‐​time rebates. By my count, ten Democratic and eight Republican governors have passed rebates since 2020. Rebates are more like handouts than tax cuts, but at least they get surplus cash off the table so that it cannot be used to expand government.

Republicans are driving state tax policy and Democrats are, at least in part, following. As congressional Republicans look for an economic agenda, state leaders are showing that pro‐​growth reforms are the way to go.

Published by the Cato Institute. Republished with permission

Chris Edwards
Chris Edwards is the director of tax policy studies at Cato and editor of Down​siz​ing​Gov​ern​ment​.org. He is a top expert on federal and state tax and budget issues. Before joining Cato, Edwards was a senior economist on the congressional Joint Economic Committee, a manager with PricewaterhouseCoopers, and an economist with the Tax Foundation.