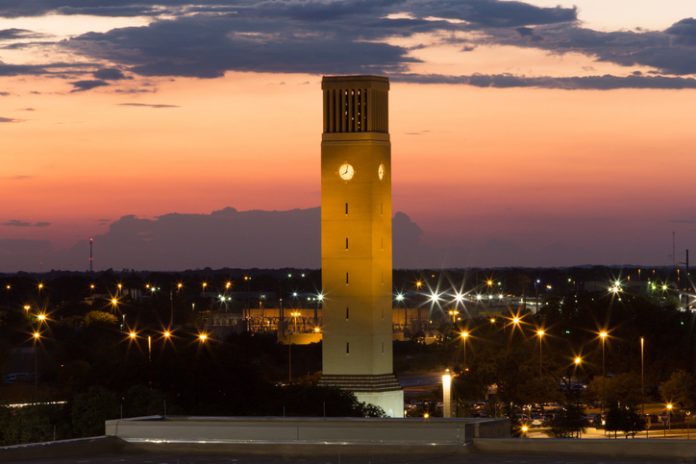 Texas A&M University faces a class-action lawsuit that accuses the public institution of creating a program in which scholars of color will be given preferential hiring treatment over white and Asian males.

The lawsuit was filed Sept. 10 by Richard Lowery, a white associate professor of finance at UT-Austin who claims he would be interested in applying for a job at TAMU but argues in his lawsuit that “the racial preferences and set-asides established by Texas A&M prevent Professor Lowery from competing with other applicants for these faculty positions on an equal basis.”

The lawsuit also cites a faculty hiring line within TAMU’s department of finance that has allegedly been set aside exclusively for an “underrepresented minority.”

Lowery declined to comment to The College Fix, referring to his attorney, who also did not respond to a request for comment.

Lowery is represented by America First Legal, a conservative activism law firm, which claims that the lawsuit is a landmark case against unconstitutional racial preferences.

“Texas A&M is hiring—and excluding—professors solely due to the physical appearance of their skin or the ancestry of their family tree,” a news release from the law firm states.

Texas A&M’s spokesperson, Laylan Copelin, told The College Fix via email that the “suggestion that there is widespread discrimination is false. The specific program is brand new and no one has been hired under it.”

The controversy largely stems from a newer addition to the Accountability, Climate, Equity and Scholarship Faculty Fellows program, called “ACES Plus.”

The lawsuit cites a July 2022 memo sent from the Texas A&M diversity office to deans. The memo stated ACES Plus was created to bring “underrepresented minority” faculty to Texas A&M for 2022-23 and 2023-24 school years and that the vice president for faculty affairs will allocate $2 million to help fund the program, according to the lawsuit.

ACES Plus “has not been publicly announced, but the letter to deans somehow ended up in Lowery’s hands,” reported the Chronicle of Higher Education.

The ACES website states that the university is an “Equal Opportunity/Affirmative Action/Veterans/Disability” employer, but that applications “from women, minorities, and members of other underrepresented groups are strongly encouraged and will be actively sought.”

“Texas A&M University is committed to enriching the learning and working environment for all visitors, students, faculty, and staff by promoting a culture that embraces inclusion, diversity, equity, and accountability. Diverse perspectives, talents, and identities are vital to accomplishing our mission and living our core values,” the ACES webpage states.

But the lawsuit argues that Texas A&M’s “proclaimed goal of establishing a faculty whose racial composition attains ‘parity with that of the state of Texas’ seeks to achieve racial balancing, which is flatly illegal under Title VI and the binding precedent of the Supreme Court.”

Title VI states that “No person in the United States shall, on the ground of race, color, or national origin, be excluded from participation in, be denied the benefits of, or be subjected to discrimination under any program or activity receiving federal financial assistance.”

The Chronicle of Higher Education reported that legal scholars disagree somewhat on what the impact of this litigation could be as the Supreme Court is scheduled to review a major affirmative action case this fall regarding Asian American student applicants to Harvard University.

“You cannot have a quota-based system. That would be in violation of the law,” Joseph Seiner, a law professor at the University of South Carolina School of Law, told the Chronicle. “However, you can show that in the past you have discriminated and you adopt a policy that tries to remedy that past discrimination.”

Lowery’s attorney, Gene Hamilton, told the Chronicle he is not seeking monetary damages for his client.

“There’s a lot of programs across the country that are very similar to this one that are equally unlawful and egregious. And we hope to challenge those over time,” said Hamilton. “[W]e’re seeking for the court to declare that the hiring practices employed by Texas A&M University are illegal, and to issue an injunction that prohibits Texas A&M from engaging in this kind of hiring practice.”

The lawsuit has caused a bit of controversy on campus. The graduate student government’s senate passed a resolution Tuesday in favor of the university’s ACES Plus program.

Noelle FItchett
College Fix contributor Noelle Fitchett is a graduate student at Texas A&M University, currently pursuing an M.S. in economics. She received her undergraduate degree from California State University, Fullerton in biochemistry and philosophy concentrating in moral and legal studies. She has also written for Concerned Women for America and Campus Reform and her photo journalism has been featured in MSN, Vox and more.