More Than 1,000 Professors Sign on to ‘Stanford Academic Freedom Declaration’ 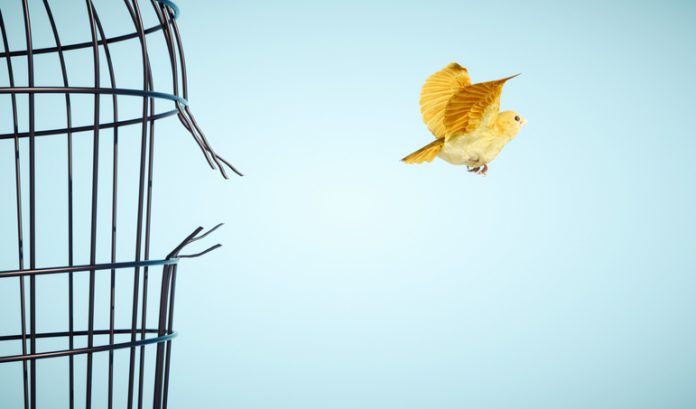 More than 1,000 professors across the country have signed the “Stanford Academic Freedom Declaration” that calls on universities to restore free speech, academic freedom and institutional neutrality.

The open letter calls on universities and professors to adopt and implement the “Chicago Trifecta” — the Chicago Principles on unilateral free speech, the Kalven report that requires institutional neutrality on political and social topics, and the Shils report, making “academic contribution the sole basis for hiring and promotion.”

As of Thursday the letter had 1,095 signatures, and it increases daily.

“The larger hope is to bring back academic freedom on campus and in the academic enterprise more generally,” Stanford economist and co-author John Cochrane said in an email to The College Fix. “Only with robust academic freedom, the ability to investigate ideas and bring out uncomfortable facts, does scholarship bring about new and reliable knowledge, especially on crucial issues to our society.”

The loss of academic freedom, the letter states, is tied to a leadership crisis.

Many university leaders want to uphold free speech yet “punish those who express views deemed to be incorrect and enforce ideological conformity in hiring and promotions,” it states.

Underscoring the problem is the fact that purse strings — funding resources — are tied to following the accepted narrative instead of a free exchange of ideas, Cochrane said.

“[A]cademic freedom, free speech, and the pursuit of scholarly excellence are under siege at universities, in professional societies, and in government agencies, including those that give grants,” Cochrane said. “Simple facts cannot be spoken out loud. Research that comes to conclusions that counter political narratives can’t be conducted, published, or popularized.”

The declaration signers call on their universities to implement the “Chicago Trifecta” to help resolve that problem: “Freedom is a culture, not merely a set of rules, and a culture must be nurtured.”

Cochrane, on his Grumpy Economist blog, recently pointed out that some academics are scared to sign the letter because other signatories have been labeled as “well known deplorables.”

“That reaction tells us a big part of the problem,” he wrote. “All along we have tried very hard to reach out to self-described left/liberal/democrat colleagues, who privately bemoan what’s going on but are too afraid to be seen in public. But why not fix it: if some of you sign perhaps that will give courage for more of you to sign. Take it over, get together with your friends, add lots of signatures, make this your cause, prove that we can stand together for freedom!”

UC Berkeley statistics Professor Will Fithian told the Daily Californian student newspaper via email that he signed the declaration because “I have heard from many students and colleagues that they are afraid of openly discussing controversial issues.”

“[W]e all need to foster a community that tolerates a wide range of opinions, even on difficult topics that provoke very strong feelings,” he said.

The declaration began circulating shortly before the Academic Freedom Conference held at Stanford Graduate School of Business earlier this month.

The lineup of speakers included well-known scholars who are either conservative, centrist, liberal or libertarian, but who have established themselves as leading voices against an orthodoxy strangling free speech and dissent on campuses.

“If you have a big idea for how to solve the big energy problem, don’t get too excited. The Department of Energy wants to know your plans for advice in diversity, equity and inclusion,” Anna Krylov, a University of Southern California professor who signed the letter, said at the Academic Freedom Conference. “What is the prospect for scientific enterprise if our essential institutions … replace their original mission with the critical social justice agenda?

“They are no good. That worries me. That is why we are here.”

Esther Wickham
College Fix contributor Esther Wickham is a student at The Kings College in New York City where she is studying journalism with a pre-law minor. She writes for her school newspaper, The Empire State Tribune, as well at the magazine.