Earlier this month, the World Economic Forum (WEF), a highly influential nonprofit organization based in Europe, announced its plan to push for a “Great Reset” of global capitalism.

Among the many world leaders who have already publicly backed the plan are Prince Charles of the United Kingdom; Antonio Guterres, the U.N. secretary-general; Bernard Looney, CEO of BP, formerly known as British Petroleum; Ajay Banga, CEO of Mastercard; Bradford Smith, president of Microsoft; and Gina Gopinath, chief economist at the International Monetary Fund.

The stated purpose of the “Great Reset” is to use the coronavirus pandemic as a justification to overhaul the entire global economy, including the U.S. economy, to make the world more “equitable” in economic terms and to fight climate change, which has on numerous occasions been identified as the world’s next great “crisis” by advocates of the plan.

At WEF’s June event, the organization announced the Great Reset will be the subject of its much larger January 2021 conference in Davos, Switzerland, where world leaders gather every year to help develop and coordinate left-wing policy goals.

The January 2021 Davos meeting is being billed as a “twin summit” by the World Economic Forum, because in addition to public and private meetings between the world’s most powerful business, government, and nonprofit leaders, the event will also feature collaborative meetings and planning sessions with a vast network of youth activists in the Global Shapers Community, a Switzerland-based nonprofit that has more than 7,000 members located in 400 cities around the world.

In the 2018­–19 Global Shapers annual report, four key “partners” are listed, including the far-left Climate Reality Project (CRP), which has worked with the Global Shapers Community to “participate in global climate trainings.”

None other than former U.S. Vice President Al Gore co-founded the Climate Reality Project, and he still serves as the organization’s chairman.

In the 2019 annual report for Gore’s Climate Reality Project, CRP reported, “we train these inspiring individuals [in the Global Shapers Community] to connect climate issues with key fights like hunger and social justice.”

“Through these trainings—held at Shaper events around the world—we’re helping young leaders gain the skills to turn passion into real results,” the report continues. “Many Shapers then train as Climate Reality Leaders to deepen their understanding of the crisis and build their advocacy and organizing skills even further.”

According to Gore’s organization, the Climate Reality Project has trained at least 1,350 Global Shapers over the past three years.

The Climate Reality Project’s close relationship with the Global Shapers Community proves that Gore is deeply connected to the “Great Reset” and will be closely involved in its rollout in 2021.

In a recent interview with NBC’s Today television show, Gore evoked the “Great Reset” directly and called for radical economic changes to the world economy to fight climate change. 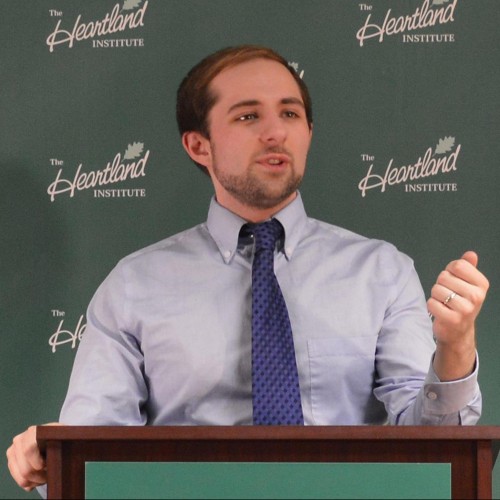