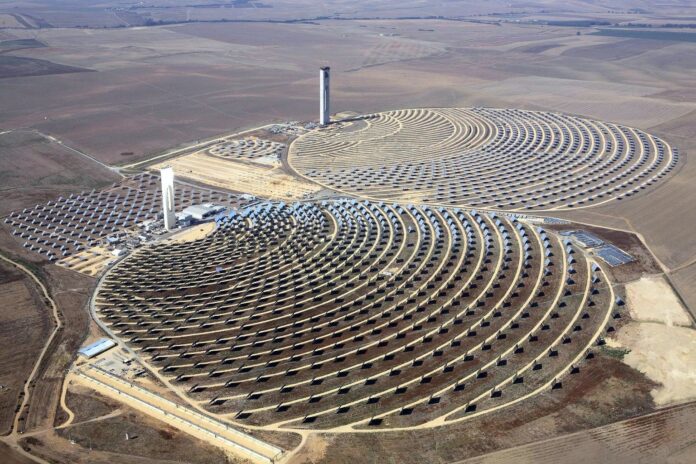 Tonopah Solar Energy LLC, which built and operated a huge solar-thermal power plant in Nevada, has filed for a bankruptcy that is likely to cost U.S. taxpayers more than $225 million.

The Spanish infrastructure company ACS and Banco Santander SA, which jointly own Tonopah through companies they specifically created to develop the power plant, advertised Tonopah as the first concentrated solar power facility to be able to store solar energy for use at night or during cloudy days, thus removing the need for other power sources as a back-up.

Tonopah’s more than 10,000 mirrors were to focus the sun’s heat on a tower to produce steam and heat a tank containing molten salt that would generate power at night. However, the technology proved unreliable and expensive to build and operate.

Since it began operating in 2015, repeated leaks from its molten salt tank resulted in the power plant going off-line repeatedly. Unable to solve that and other problems at the facility, the power plant ceased all operations in April 2019.

During its best year of operation, Tonopah never produced more than 40 percent of its 400 Gigawatt per hour annual rated capacity, and in most years due to technology failures it produced considerably less power than that. Additionally, the cost of the power it was generating was two to four times the wholesale cost of power from existing conventional electric power sources such as coal and natural gas and even competing renewable power sources such as wind and solar photovoltaic power.

Tonopah’s 1,670-acre solar facility received expedited approval from the Obama Administration for its construction on public land and $737 million in loans from the U.S. Department of Energy (DOE).

DOE’s loan to Tonopah came from a loan guarantee program created in 2005 under the Bush administration. The government designed the program to support development of new energy-related technologies that traditional banks and venture capitalists shied away from as being too risky.

And risky they have proven to be—for taxpayers, at least.

Tonopah can now be added to the list of DOE loan recipients to declare bankruptcy. If the court approves the company’s agreement with the federal government, Tonopah will have to repay $200 million of the remaining $425 million it currently owes the government, leaving U.S. taxpayers holding the bag for the remaining $225 million.

Reuters reports DOE spokeswoman Shaylyn Hynes issued a statement saying the settlement decision “was made after years of exhausting options within our authority to get the project back on track.”

A senior Trump administration official said the settlement “secures taxpayer money that was squandered by the previous administrations’ failed energy pet projects,” according to Reuters.

Tonopah was supposed to be sited in an ideal location to generate cheap solar power, yet even with generous government support, it failed, providing further evidence solar power can’t compete with conventional electric power sources, says James Taylor, director of the Arthur B. Robinson Center for Climate and Environmental Policy at The Heartland Institute.

“Here is yet another real-world answer to propaganda that solar power is now less expensive than conventional energy,” Taylor said. “Everywhere solar power is added to the grid, it raises energy costs.

“There is no clearer example than this heavily subsidized solar project located in a place supposed to be ideal for solar power generation,” Taylor said. “Despite massive taxpayer subsidies, including a federal subsidy paying for 30 percent of all its equipment, solar power cannot generate cost-competitive power even in the middle of a desert, yet, we are supposed to believe solar power will generate cost-competitive power in places like Michigan or New Jersey?”