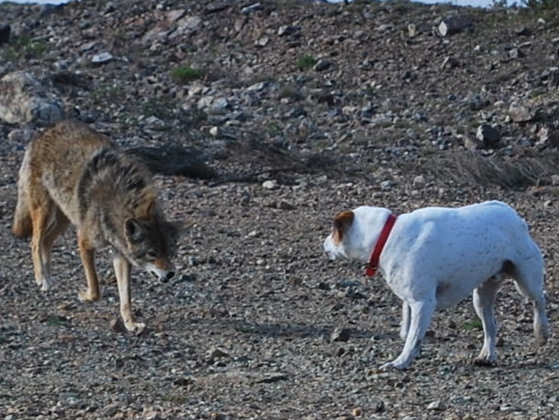 The Kansas Department of Wildlife, Parks, and Tourism (KDWPT) voted to allow licensed hunters to use special equipment to hunt coyotes at night beginning in 2021.

With the nationwide decline in the number of people hunting and trapping, coyote numbers have been increasingly rapidly nationwide, including in Kansas. The KDWPT decision would modify state regulations to hopefully cut down on coyote populations through the use of artificial light, night vision, and thermal-imaging equipment for night hunting.

Coyotes have always posed a threat to livestock, but with a booming coyote population and urban areas expanding into formerly rural areas, they are posing an increasing threat to pets as well, said Matt Peet, a wildlife research biologist with KDWPT, in an interview with Fox 4 News in Kansas City.

“In certain instances they can be detrimental to livestock and pets,” Peet said.

In Kansas it was already legal to hunt coyotes at any time during the season, but since coyotes are mostly active at night, KDWPT says it hopes allowing the use of lights, night vision, and thermal imaging will improve coyote control efforts in the state.

Having lost a pet to a coyote attack just outside his home, Kansas resident John Speer told KAKE, Wichita, he approved of KDWPT’s decision to expand hunting methods.

“He [Speer’s dog] came out to do his business in the middle of the night and a coyote attacked him and killed him,” Speer said. “This isn’t an isolated incident.

“I think it’s a great idea, I really do and I think that they need to be able to hunt them at night, they are nocturnal animals and I think it will help control that population,” Speer said.

KDWPT approved the regulatory changes making it easier to hunt coyotes at night despite objections from the Kansas Sheriff’s Association and Kansas Game Warden FOP Lodge 59.

In statements before the vote, spokespersons for the two groups raised a number of concerns, including that it is unsafe to hunt with a firearm at night, that poachers might use night scopes to illegally take deer while claiming they are hunting coyotes, and that law enforcement to might be called on to respond to additional reports of shots being fired.

In response to these concerns, Peek testified almost every other Midwestern state allows the use of artificial light and thermal equipment to hunt coyotes at night and none have reported an increase in illegal activities or accidental shootings.

“The rules of hunter education still apply,” Peek said. “That is, know your target and what lies beyond it or don’t take the shot.”

In addition, Peek noted the night hunting season for coyote begins only after the deer hunting season ends, running from from January 1 through March 31.

To hunt with night vision equipment for coyotes, Kansas hunters will have to purchase a Night Vision Equipment Permit for $2.50, which will be valid beginning Jan. 1, 2021.