Will Anti-Trump Anger Triumph Over Preserving Our Republic? 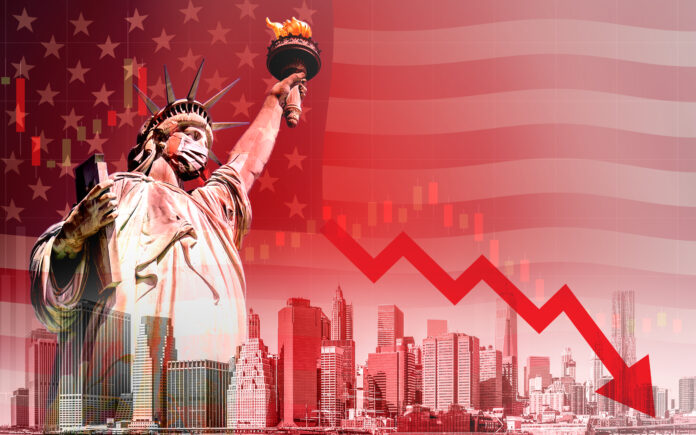 Violence and hatred has erupted across the country over the last few months, and it has placed the United States and what it stands for in jeopardy. President Trump has offered to help stop the violence using federal agents, but his offers have been rebuffed by Democrat leaders, even in cities where violence is still happening. Rioters recently said they planned to engage in street action through the November 3rd election.

To make matters worse, foreign enemies are likely watching the actions and anger of the unhinged rioters and their hateful words and actions here in America. Might they use the information for nefarious purposes against the United States? Might that have been the intention of those who initiated the unrest in the first place?

The Governor of Wisconsin initially said to President Trump, “Do not come to our city [Kenosha]. We do not want you.” What does that indicate? Was Governor Tony Evers more concerned about Trump’s safety or about his own ability to keep his position due to fear of widespread resentment against Trump?

Portland, Oregon’s Mayor Ted Wheeler, during a Press Conference about the chaos in Portland, Oregon, denied any blame for the death of a Portland man who was beaten simply because he was a Trump supporter or for the environment that unleashed the hate.
One hundred days of rioting were recently celebrated by Portland’s rioters, who poured into Portland from out of state, as they have in other cities, to tear down American cities.

Placing blame on President Trump is now the Leftist mode of operation, but what about the media? Even though Oregon has the 22nd largest newspaper and television market in the United States, it is meaningless because both media entities have failed to provide complete, accurate coverage of the rioting. Oregon citizens were inundated with negative, insulting propaganda against President Trump, while ludicrous media reports described the rioting as peaceful in nature.

It is also telling that Biden, in following Trump to Kenosha, Wisconsin, blamed Trump for the violence, while conveniently neglecting to condemn Black Lives Matter and Antifa rioters who were financed to come to Kenosha to create havoc.

Under the guise of racism and identity politics, Black Lives Matter and Antifa, both radical left-wing groups, have begun to destabilize Western society and America, and by extension, our Judeo-Christian heritage from the inside. And it’s working!

It should come as no surprise that Democrat National Committee was caught laundering money through Black Lives Matter.

What we do know is that from his first day in office, President Trump’s stated goal was to be a “law and order” President.

When comparing states with Democrat governors to states with Republican governors, there is far less violence and minimal crime in Republican states. Yet media sources fail to report how Democrat leaders fan the flames of hate in our cities and then have the audacity to blame President Trump for the problems they created. Why? Because it doesn’t fit the narrative of their liberal ideology.

Ever since Trump was sworn into office, and even before that day, Democrats, with the help of Leftist media sources, have been trying to malign Trump through inventing and promoting one fake scandal after another to direct attention away from Trump’s successes and accomplishments. Even when a false narrative borders on treasonous behavior because of its obvious goal to destroy President Trump and his administration, no one has yet been arrested and charged.

This is a blight upon this nation’s justice system. Even with a Republican Attorney General, so far William Barr has gone easy on making Democrats pay for their skullduggery behavior.

Every American deserves and must demand honest, fair, and balanced reporting by our media sources. Those who choose to remain biased, or cannot or will not provide balanced reporting, must be exposed for their orchestrated bias. It is unbiased facts that allow citizens to sort through and then conclude for themselves about the issues that affect their lives and also how their own elected officials relate to their main concerns.

This is especially important as Americans approach an important and what many consider a pivotal election on November 3, 2020. It is unfortunate and unacceptable that some in Democrat leadership positions, and social media giants like Facebook and Google, are censoring what can and cannot be printed or provided for our citizens to read in making decisions.

It is Benjamin Franklin who warned future generations with these words: “We have given you a Republic, if you can keep it.” His warning indicates how important and yet fragile our forefathers considered this gift. They knew it depended upon future leaders and America patriots to keep the government they gifted us to operate fairly and sufficiently.

Our generation is tasked with the same responsibility as those of our forefathers. Unless we are vigilant and focused on efforts to know the best candidates to elect — those who understand the importance of preserving our nation as our forefathers intended — we could lose our prosperity, individual rights, and freedom. Every deviation from the basic precepts of our Constitution and Bill of Rights puts us just that much closer to this danger.

We must not believe sources that claim one thing but have proven to follow another course, no matter their excuses for doing so. Those voices, as with Joe Biden and his flip flops, must be avoided before they infect us with lies that lead to bad choices and eventual destruction. They are not always easy to detect until it is too late.

They can also be deceptive in luring people to their objectives with carefully crafted false words and changing views on issues when it suits their political objectives to do so. Like a deadly virus they implant dangerous thoughts, malign those with whom we dare to disagree, and refuse to adhere to the values that made America great for generations.

President Trump has arguably received the most negative, unwarranted criticism of any other President in our lifetime, while Democrats and their friends in the media have been slow to malign any Democrat in a leadership position.

This shows how far our media sources and Democrat leaders have digressed to destroy President Donald Trump in order to have Joe Biden win the upcoming election. That alone should cause great concern for Americans who respect and love their country.

The remaining weeks before November 3, 2020 will probably be unlike what voters have ever before experienced, for the determination by Democrat/Socialists to win the presidency knows no bounds, coupled with their unhinged hatred of President Trump.

Every attempt will be made to prop up Joe Biden so he appears fit and able, although, as witnessed in his few excursion outside his Delaware bunker, Biden’s mental acuity is now far worse than it was during his primary debates.

If elected, the so-called “moderate” Uncle Joe in the White House would be beholden to and would receive his marching orders from the far left progressive wing of the Democrat Party. Kamala Harris would be waiting in the wings ready to take over as president with the same policy positions.

As to Kamala’s ideology score, her placement in 2019 was as the most liberal U.S. senator.

It is up to Republicans to get the truth out to friends, family, and acquaintances, also making sure that they vote. It’s also important to volunteer as an election judge. Voter fraud is sure to be rampant and must be spotted and reported when and where it occurs. The only way Biden can win is through fraud with mail-in ballots, ballot harvesting and the gaining acceptance of Ranked Choice Voting.

The lines have been drawn. Will the American people choose what is offered by the Democrats or will Trump win in his re-election bid?

According to Washington Examiner, Don Jr. believes that it is time for Republicans to cease playing “T-ball” and employ some of the strategies of the political left if they wish to save their nation.

The choices we make, and the politicians we choose to represent our values, will decide our future and our nation’s future in only 54 days.