Recovery Continues, Economy Should Be Back to Peak in Fourth Quarter 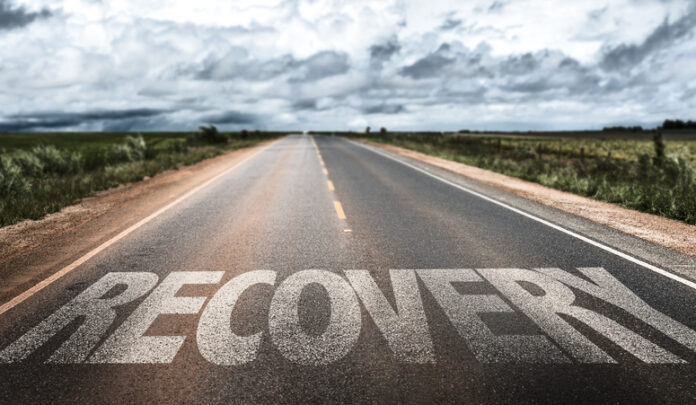 The rapid recovery from the lockdown continues. Economic reports from September indicate the economy has rebounded to 97 percent of its peak reached this past February. The surge in new orders for both manufacturing and service companies points to further gains in the months ahead.

These gains should bring the economy’s output and spending (GDP) back to its prior peak during the fourth quarter of the year. 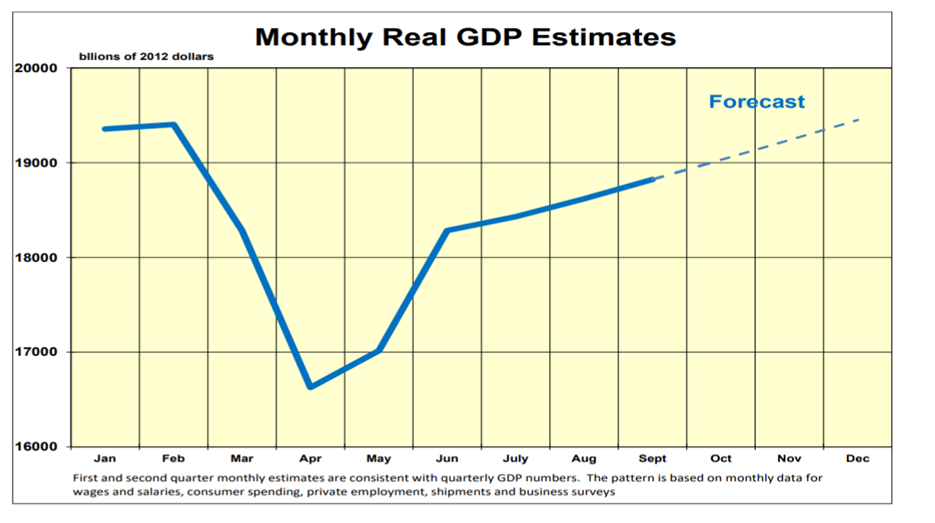 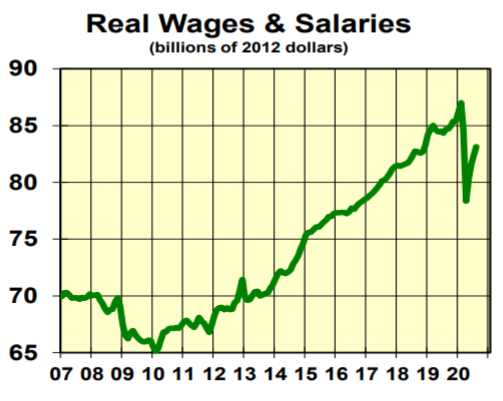 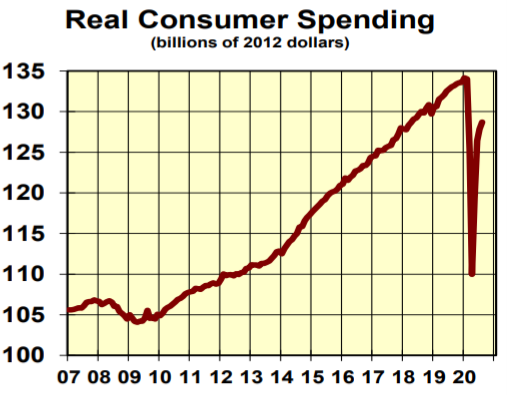 The rebound has occurred despite a lag in employment and in spite of ongoing lockdowns in various states. Many of the jobs lost in airlines, hotel, entertainment, and retail will return slowly. The jobs lost for good will be replaced by jobs in other areas.

The speed at which new jobs are created depends on the strength of the economy’s fundamentals. These fundamentals—low taxes and cuts in regulations—point to further strength in the year ahead.

The current strong forecast for the upcoming years assumes President Donald Trump will be reelected. If Biden is elected, the near-term momentum will continue through the first half of next year. The Democrat’s agenda has been tried and failed five times since 1913. If that agenda is implemented, it will mark the sixth time private investment, productivity, real growth, and living standards suffer due to a reliance on policy moves away from classical economic principles.

Housing activity tends to be among the earliest and most sensitive indicators of an economic recovery. With the aid of historically low interest rates and plenty of liquidity, all measures of housing activity are booming.

The Homebuilders’ index for early September hit its highest reading in its history. 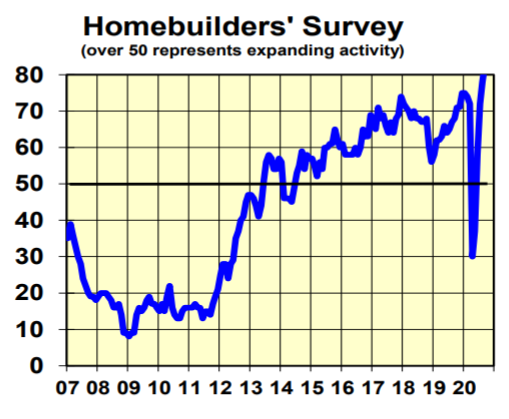 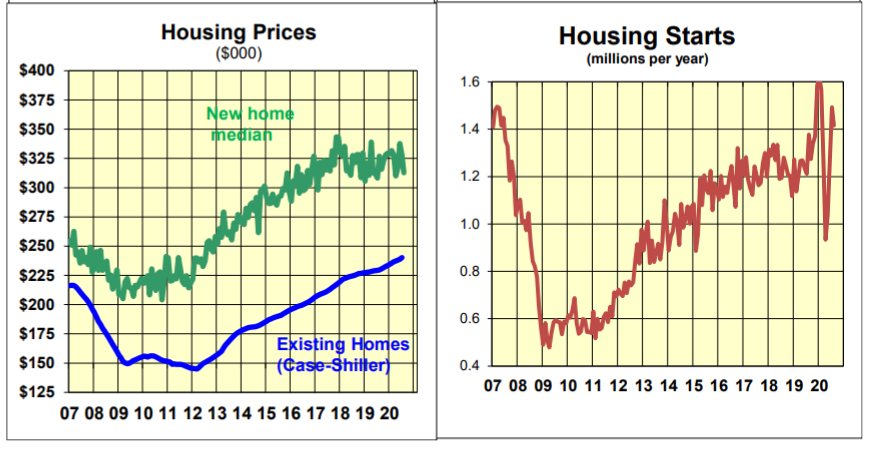 The Institute for Supply Management (ISM) surveys for new orders in September were particularly strong, with both manufacturing and service companies registering readings above 60. 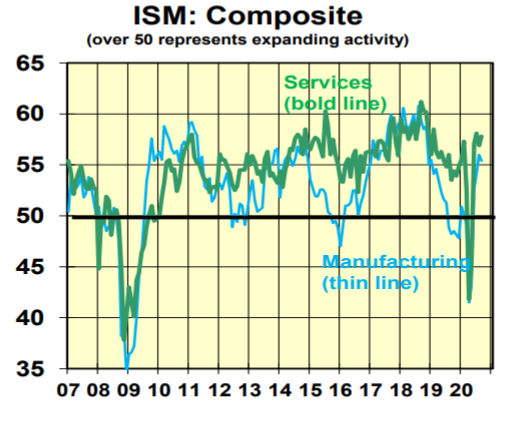 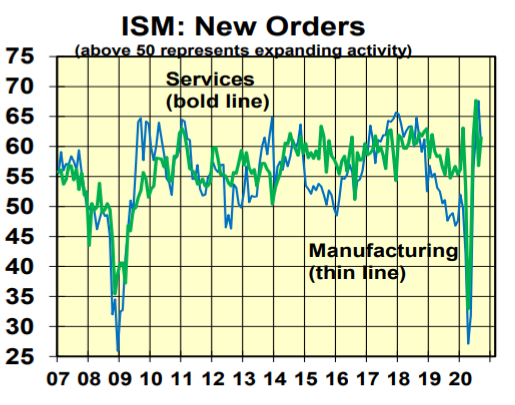 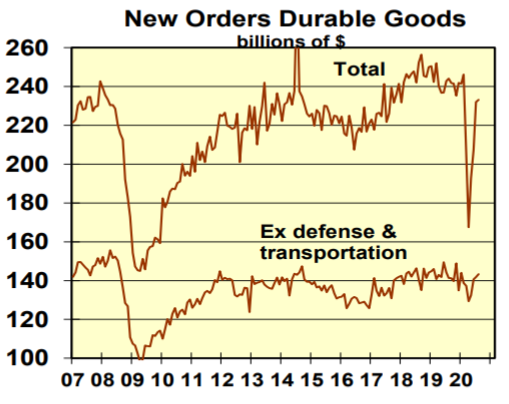 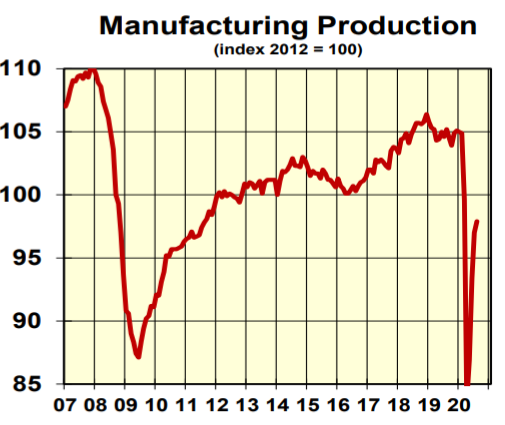 Although initial unemployment claims remain high, they are down sharply from their peak. 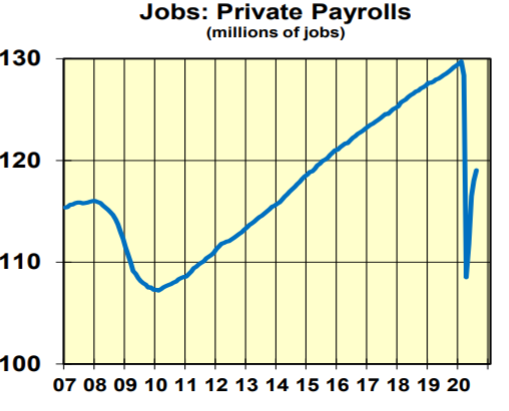 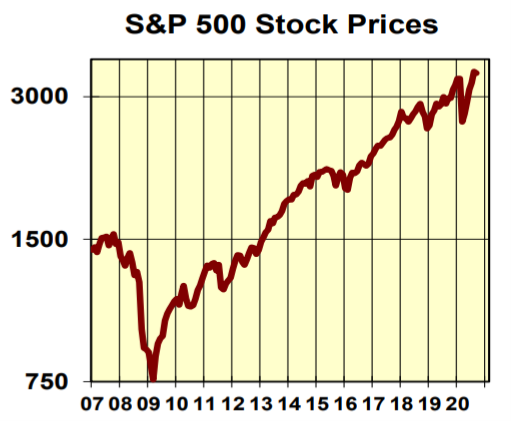 Coincident indicators show the extent to which the economy recovered into August and in some cases into September. 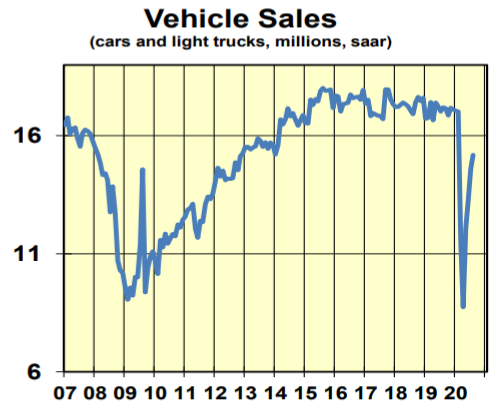 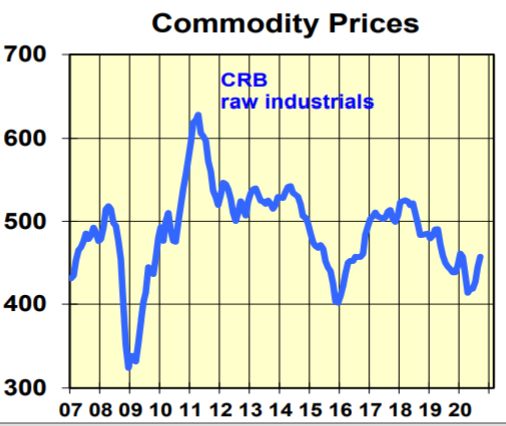 The S&P500 index remains in the vicinity of its fundamental value. I continue to expect the combination of massive monetary stimulus and low interest rates to limit a major downturn in stock prices. As the chart below shows, the lockdown took profits well below their longer-term trend. As the economy recovers, there will be a substantial increase in profits for the coming year, bringing profits back to their trend. 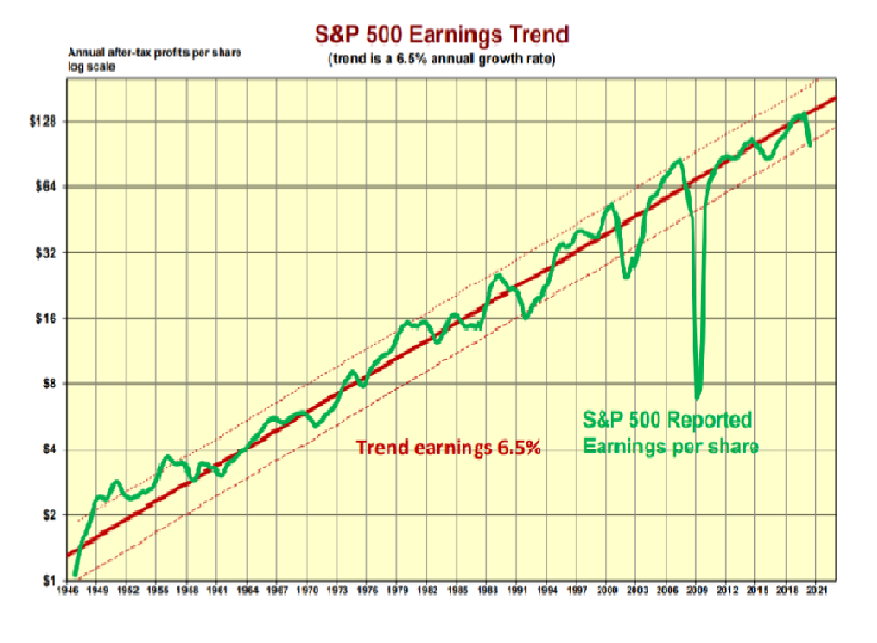 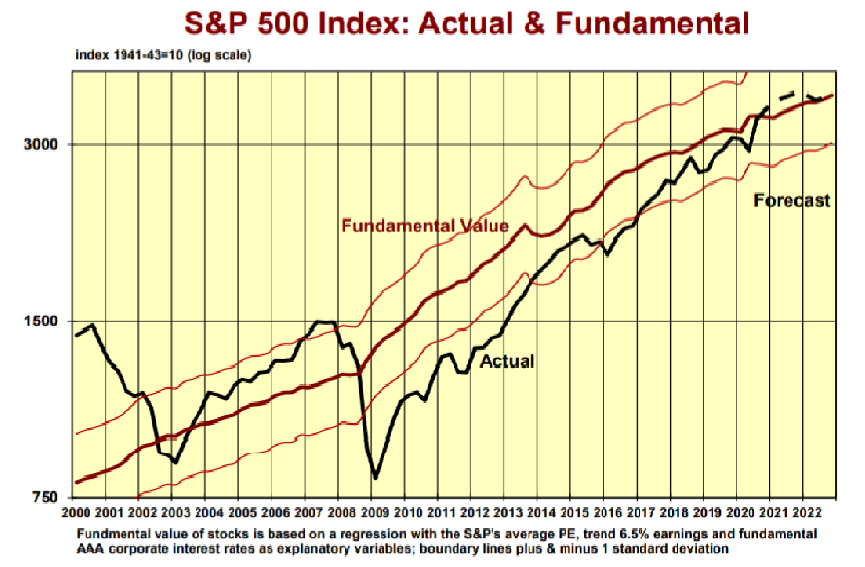 Rising profits, low interest rates, and a growing economy provide a power force for an upward move in stock prices. This will be the case even if Biden wins. While the stock market would take a temporary hit if he wins, the current positive forces should bring it back quickly.

The main impact of a Biden presidency will be on the years beyond 2021. As in previous moves away from classical principles, corporate profits will continue to grow. The increased costs of doing business will fall mostly upon the poor and middle-class workers. They will be the big losers from a Biden presidency.

The Good News on COVID-19

Although you’d never know it from the media, the good news surrounding the virus continues.

Based on incoming data over the past sixth months, the CDC has dramatically reduced its estimates of the death rate from the virus. Had the original death rates been available, there would have been no justification for shutting down the economy.

The National Bureau of Economic Research analysis of the COVID outbreak provides evidence to show how the spread of the disease has not been affected by actions taken by government. In other words, the virus behaves the same regardless of whether the economy is locked down or not.

Similar analysis of the effectiveness of widespread use of masks leads to the same conclusion.

Our health officials continue to warn of a second wave. So far, they have been wrong about just about anything related to COVID. Let’s hope their predictions of disaster continue to be proven wrong.