San Francisco Aims to Strip the Names of Founders, Abraham Lincoln, and an Abolitionist From Public Schools 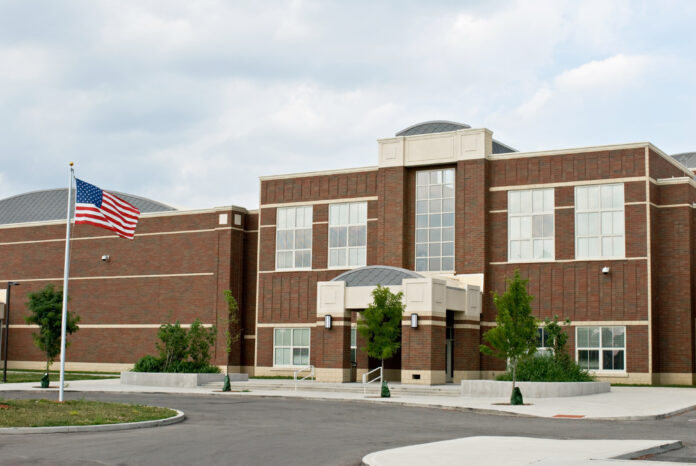 Forget the pandemic, rising crime, economic uncertainty, and the buildup of human waste and tent cities on the streets.

That can all wait.

San Francisco’s real priority is changing school names to ensure that they all conform to the ever-evolving standards of the woke left.

The San Francisco Unified School District School Names Advisory Committee, established in 2018, created a list of 44 schools to be immediately renamed in the city.

Here are the criteria by which the committee evaluated school names for changing:

Given the rather extensive way in which oppression and racism is defined by woke “antiracists,” this list could extend to pretty much anyone, ever.

The committee suggests honoring “Indigenous nations and Indigenous communities,” as well as those “who have made outstanding contributions to humanity or in defense of Mother Earth.”

However, Indigenous people in America practiced slavery, frequently took land from their neighbors, and practiced forest management, all problematic, according to the guidelines.

Not a good sign for the future of Indigenous Peoples Day.

So, who actually made the cut of baddies to be purged?

George Washington, Abraham Lincoln, Thomas Jefferson, John Muir, Junipero Serra, and many other leading lights of America’s past who are among the most consequential people in human history.

Somehow, a movement that began with erasing Confederate generals ended with purging Lincoln, Washington, and leading abolitionists. Who could have imagined that?

Lowell High School is named after James Russell Lowell, who was a celebrated abolitionist. Civil rights hero Martin Luther King Jr. drew inspiration from Lowell in his “We Shall Overcome” speech.

However, Lowell’s name could be purged because his zeal for the anti-slavery cause was deemed insufficient.

And what of King, a legendary civil rights hero who didn’t make the list of the damned? One wonders how he can survive the committee’s standards or the ideology of the woke.

King’s greatest contribution to the world, convincing Americans to treat others by their character rather than their skin color and adhering to the principles of equality as defined in the Declaration of Independence, is now considered racist by so-called antiracists.

Equality is out and equity is in. Racial discrimination is a positive good, as long as it’s directed against the right people. King must go, clearly.

Labor hero Cesar Chavez should be toast, too. After all, Chavez opposed illegal immigration as a young man. Somehow, Cesar Chavez Elementary didn’t make the list, but as we’ve seen with Lowell and others, we can’t forgive a little slip up or departure onto the wrong side of history.

The wisdom of this moment demands that the good and the great shall not stand in the way of our drive to be perfect.

Amusingly enough, the committee’s recommendation includes Sen. Dianne Feinstein, D-Calif., whose namesake elementary school was put on the list, according to the New York Post, “because she reportedly replaced a vandalized Confederate flag in 1986.”

It’s not looking good for the California senator.

A San Francisco Chronicle poll found Dianne Feinstein Elementary at the top of the list of names to change.

Perhaps San Francisco left-wingers still haven’t forgiven her for telling a group of environmentalist activist schoolchildren that the Green New Deal was unaffordable.

If you are not pure, you must be purged.

It’s not hard to see the absurdity of this whole name-changing initiative in general, but it’s even more ridiculous considering that it’s taking place during a pandemic in which schools are shut down.

Fox News host Greg Gutfeld said that the renaming plan was “like trying to iron your socks during a house fire.”

In a notable moment of common sense, San Francisco Mayor London Breed, who generally supports name changes, blasted the committee’s call for the purge in the middle of a crisis.

“To address inequities, we need to get our kids back in the classroom,” Breed said in a statement.

“[T]he fact that our kids aren’t in school is what’s driving inequity in our city, not the name of a school,” Breed said.

If the school board approves the name changes in December, San Francisco will spend a huge amount of money changing the names of schools all over the city, schools that no children may actually be attending.

Somehow, this is perfectly befitting the kind of dysfunctional, absurd, left-wing governance and empty virtue signaling we are used to seeing in the beautiful but broken Golden State.

Originally posted and produced by The Daily Signal. Republished with permission.

Jarrett Stepman
Jarrett Stepman is a contributor to The Daily Signal and co-host of The Right Side of History podcast. He is also the author of the new book, "The War on History: The Conspiracy to Rewrite America's Past."