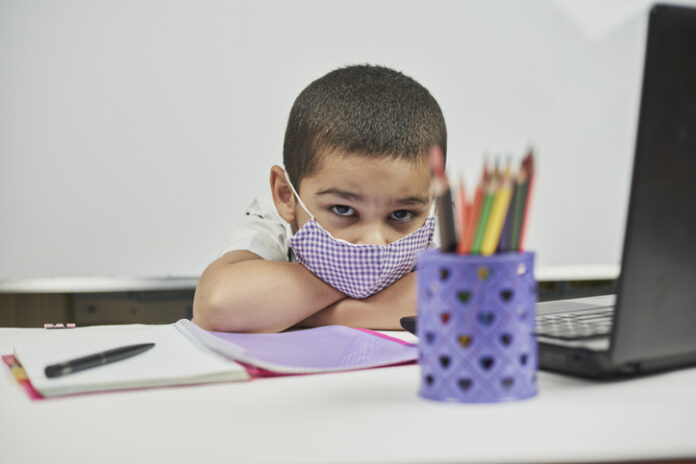 A school, parents, and a chiropractor are taking aim at how the state of Michigan is interfering with religion, education, and business under the state’s public health code.

In early October, the Ottawa County Department of Public Health served Semlow Peak Performance Chiropractic in Grand Haven a cease and desist order for not requiring masks in its private office.

“They are simply allowing people to make their own health choices,” said David Kallman, an attorney with Great Lakes Justice Center, who is representing Semlow.

The suit, filed October 20 in the Michigan Court of Claims, has asked the court for declaratory judgment and injunctive relief and names as defendants the Ottawa County Department of Public Health, Michigan Department of Health and Human Services Director Robert Gordan, Governor Gretchen Whitmer, and Deputy Health Administrator Marcia Mansaray.

Michigan’s public health code gives health departments leeway to limit the size of gatherings and ensure the continuation of health services. The Whitmer Administration is using the code not just to enforce mask mandates in private workspaces, but order businesses that cater to the public, such as restaurants, to summon the names of their customers and surrender to public health departments for contact tracing.

Two other cases claim the state’s use of the public health code violates freedom of religion as set under the First Amendment to the U.S. Constitution.

Libertas Christian School is seeking injunctive relief after the Ottawa County Public Health Department shut it down for not enforcing a mask mandate, limiting the size of its indoor gatherings, or helping with contact tracing when two teachers tested positive for COVID-19. A chapel on the school campus has been able to remain open.

“The county was forced to concede on the chapel because it had been caught red-handed violating the Constitution,” Libertas attorney Ian Northon said in a statement to Fox 17.

A second case involves mask mandates at an elementary Catholic School in Lansing, Michigan. Parents of three students say their children are unable to wear masks for as long as 7 hours because of speech or breathing difficulties. The school has been ordered to ban the children from school grounds unless they comply.

The public health department is interfering with the children’s, parents’ and schools’ rights, even though the school has put into place all other CDC measures for safety, like air filters and UV lighting, says Erin Mersino, who is representing the group and is also an attorney with Great Lakes Justice Center.

“The school has anti-microbial foggers, UVC sanitizing lights, air filtration, promotes handwashing and follows CDC guidelines,” Mersino said. “It also separates the classes into ‘cohorts’ and uses ‘pods’, so students interact with no more than 3 others during the day. They did all this so the younger kids could take off their masks and completely participate in education.”

One of the children has severe breathing problems but was unable to get a medical exemption under the state’s current law.

“It is quite narrow,” Mersino said.

Additionally, the younger children, because of immature small motor skills,  have a hard time managing masks when they have to take them on and off for eating or drinking,  Mersino says.

“It’s a violation of their faith, and their conscience to have to discipline kids for not wearing masks,” Mersino said.

On October 12, the Michigan Supreme Court ruled Gov. Whitmer’s executive orders for COVID-19 were unconstitutional because they lacked the approval of the legislature. Whitmer’s administration has some authority, however, under the state’s public health code, which allows local health departments to restrict activity for the continuance of health services.

Many people don’t trust the new orders because the original executive orders allowed some businesses to stay open, and not others, says Michael VanBeek, research director at The Mackinac Center for Public Policy.

“The governor has [now] pivoted, using a different state law in the public health code that empowers the director of the state health department to issue ‘epidemic orders,” VanBeek said. “This enables him to regulate every interaction that anyone might have while out in public.”

Kallman says there is no complaint against efforts to keep the public safe.

“This is about government overreach and government taking on authority it does not have,” Kallman said. “That has been the problem in Michigan. Our governor, through her agencies, has been ignoring the legislature. The Supreme Court suggested [this] very strongly, and the governor has just ignored it and has acted,  unilaterally on her own.  We don’t live under a king or a queen or sovereign.  We don’t have a form of government run by one person.  It’s not anti-health, or anti-mask, it’s anti-bad government.”

Both cases will explore the original intent of the public health code.

“Limiting the gathering of people for any purpose, that’s pretty broad,” Kallman said. “These laws have never been interpreted or applied in any way.  This is the first time they are using them.”

Additionally, the law allows action for the “continuation of health service.

“What does that mean, no one really knows,” Kallman said. “We have no case [law] on it. I would assume it is interference on what they provide, like free flu shots—services. If the public health department handed out free masks, that is a health service, but to tell someone you must wear a mask, that’s not providing a service at all.”

Kallman and Mersino say they are prepared to fight their cases all the way to the U.S. Supreme Court.

“The law is the law,” Kallman said. “It should not matter what the good intentions are. It doesn’t give the government the right to trample on constitutional rights and violate statutory law. The law is the law and should be applied.”