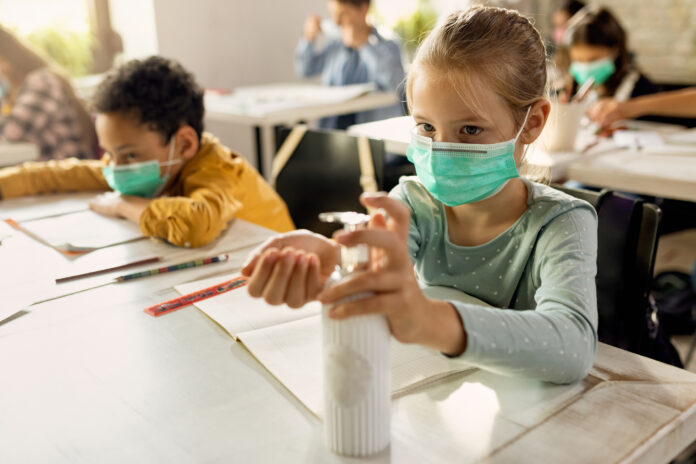 With many students participating in online and remote learning, Morath told the State Board of Education Wednesday that data show there has been a significant decline in coursework progress among middle- and low-income students.

Also on Wednesday, the TEA announced it was distributing another $420 million inf federal money to public schools through a reimbursement program to help them purchase Wi-Fi hotspots and/or eLearning devices to enable students to continue learning remotely. The funding comes from the CARES Act signed in March.

The money is in addition to the $362 million in federal CARES Act funding the state already allocated to public school systems and local education agencies for its Operation Connectivity program introduced in May.

Morath told the SBOE, which is charged with setting curriculum standards for Texas public schools, that the “evidence shows in-school transmission [of the coronavirus] happens exceedingly rarely.”

“The data is sort of growing by the week and leads us to the conclusion that … the protocols that have been put in place have made schools, all things considered for the pandemic, remarkably safe environments,” Morath said.

SBOE member Marisa Perez-Diaz said school districts were not reporting the spread of the virus and member Ruben Cortez, Jr. said several schools have closed in Hidalgo County because of the virus.

Morath replied that, “There’s no evidence of under-reporting in Texas. The data that we have shows that schools are, all things considered, relatively safe.”

He also referred to a report indicating that student performance worsens the longer they are kept out of the classroom. Low-income students’ progress in online math coursework decreased by 55 percent from January to May of this year, the report found. Middle-income students’ performance declined by 34 percent.

“The COVID closures hit, and you begin to see a significant schism between the haves and have-nots,” Morath said. “This trend continues to be true.”

The rates are for all patients in the age range, regardless of factors like health conditions or immune compromise, the CDC states.

“It is reasonable to assume that previously healthy people are even more likely to survive infection with SARS-CoV2,” the CDC states. “In fact, the CDC model assumes that 40 percent of infected people are asymptomatic, meaning they would not notice a change in their health due to the virus.”