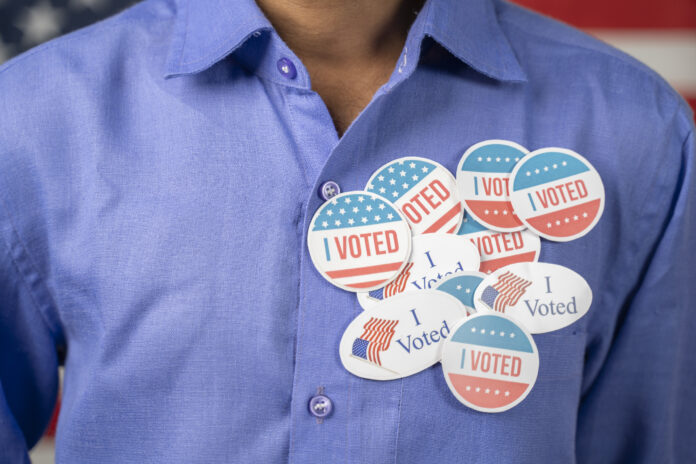 The state of Texas has filed a lawsuit with the U.S. Supreme Court against the states of Georgia, Michigan, Wisconsin and Pennsylvania, challenging their administration of the 2020 presidential election.

The lawsuit was filed by Texas Attorney General Ken Paxton on Monday and alleges the four battleground states illegally changed election policies, which led to widespread voter fraud. Paxton is asking the Supreme Court to block the four states – whose certified election results all show Joe Biden winning – from voting in the Electoral College.

Paxton argues that all four states named in the lawsuit violated the Electors Clause, Equal Protection and Due Process clauses of the U.S. Constitution. The 154-page complaint asks the court to accept the lawsuit for review and ultimately “enjoin the use of unlawful election results without review and ratification by the Defendant States’ legislatures and remand to the Defendant States’ respective legislatures to appoint Presidential Electors in a manner consistent with the Electors Clause …”

State legislative hearings were held in Arizona, Michigan and Pennsylvania during which a number of individuals testified to irregularities in their states’ election process.

A public hearing to investigate the election is scheduled for Dec. 11 at the Wisconsin state Capitol, Assembly Majority Leader Jim Steineke, R-Kaukana, announced, saying, “We owe it to the voters of Wisconsin that all claims of voter fraud are investigated.”

The Amistad Project of the Thomas More Society has filed lawsuits in five states: Arizona, Georgia, Michigan, Pennsylvania and Wisconsin, arguing the Dec. 8 deadline for appointing presidential electors does not apply to states “where flagrant violations of state election laws affected the outcome of the popular vote. In fact, the only Constitutionally-set date in the election process is the assumption of office by the President on January 20.”

Dec. 8 is “Safe Harbor” day, the date when states are to have chosen their electors unless election results are questioned. The Electoral College is scheduled to cast their ballots for president on Dec. 14.

“Through rigorous investigations supporting our litigation, we demonstrate that state and local officials brazenly violated election laws in several swing states in order to advance a partisan political agenda,” Phill Kline, director of The Amistad Project, said in a statement. “As a result, it is impossible for those states to determine their presidential Electors in line with the arbitrary deadline set forth via federal statute in 1948, and thus, the only deadline that matters is January 20, 2021.”

The Texas lawsuit states that “the 2020 election suffered from significant and unconstitutional irregularities in these four states, including amendments made to states’ duly enacted election laws not made by the legislature, which violate the Constitution’s Electors Clause, which vests state legislatures with plenary authority regarding the appointment of presidential electors.”

Texas argues the states of Georgia, Michigan, Pennsylvania and Wisconsin also violated “intrastate differences in the treatment of voters, with more favorable allotted to voters – whether lawful or unlawful – in areas administered by local government under Democrat control and with populations with higher ratios of Democrat voters than other areas of Defendant States.”

The complaint states that the appearance of voting irregularities in these four states “would be consistent with the unconstitutional relaxation of ballot-integrity protections in those States’ election laws.”

Ultimately, all of the flaws and irregularities Texas lists in its complaint, “even the violations of state election law – violate one or more of the federal requirements for elections (i.e., equal protection, due process, and the Electors Clause) and thus arise under federal law.”

The complaint cites Bush v Gore, in which the Supreme Court held that a “significant departure from the legislative scheme for appointing Presidential electors presents a federal constitutional question.”

Because these four states’ electoral irregularities “exceed the hanging-chad saga of the 2000 election in their degree of departure from both state and federal law,” the complaint states, “these flaws affect an outcome determinative … of popular votes in a group of States that cast outcome-determinative numbers of electoral votes.”

Paxton said these four states “exploited the COVID-19 pandemic to justify ignoring federal and state election laws and unlawfully enact[ed] last-minute changes, thus skewing the results of the 2020 General Election. The battleground states flooded their people with unlawful ballot applications and ballots while ignoring statutory requirements as to how they were received, evaluated and counted.

“Trust in the integrity of our election processes is sacrosanct and binds our citizenry and the States in this Union together. Georgia, Michigan, Pennsylvania and Wisconsin destroyed that trust and compromised the security and integrity of the 2020 election. The states violated statutes enacted by their duly elected legislatures, thereby violating the Constitution.”

Paxton continued: “By ignoring both state and federal law, these states have not only tainted the integrity of their own citizens’ vote, but of Texas and every other state that held lawful elections. Their failure to abide by the rule of law casts a dark shadow of doubt over the outcome of the entire election. We now ask that the Supreme Court step in to correct this egregious error.”

Elections for federal office must comport with federal constitutional standards, the Attorney General’s Office notes. For presidential elections, each state must appoint its electors to the Electoral College according to the Electors Clause of the U.S. Constitution. This requirement states that only state legislatures may set the rules governing the appointment of electors and elections and cannot be delegated to local officials.

“The majority of the rushed decisions, made by local officials, were not approved by the state legislatures, thereby circumventing the Constitution,” the Texas Attorney General’s Office argues.

Alito is expected to rule on a separate case related to Pennsylvania Tuesday.