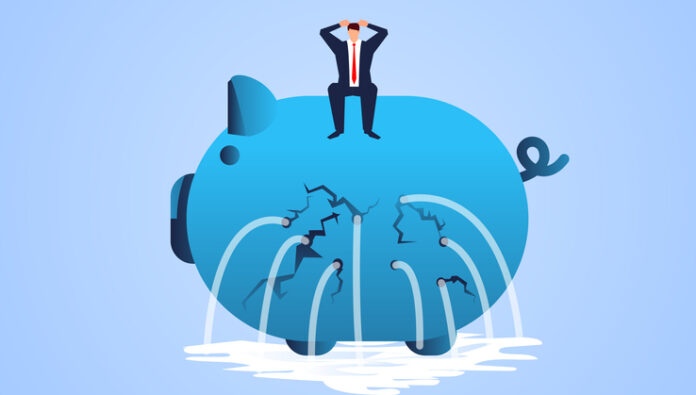 Although today’s report shows retail sales were weak at the end of last year, they remain up from both a year ago and from their peak. Despite weakness in several areas, the overall economy continues to expand.

Today’s report on December retail sales shows a slight decline from November, for the second consecutive monthly reduction. Even so, sales are 3 percent higher than a year ago and above their prior peak.

Inflation news for December was mixed. The consumer price index rose at a 4½ percent annual rate because of sharply higher oil prices. For the past year, consumer prices were up 1½ percent.

Although the economy remains strong, the job market continues to suffer. Initial unemployment claims for the first two weeks of the year were 876,000, up 50,000 from December.

Later today, the Federal Reserve will release its measure of manufacturing output in December. Business surveys indicate manufacturing has been strong, even though jobs have not. The Fed’s report should show another nice gain in manufacturing.

On Tuesday, the Homebuilders Index will provide information on housing activity in early January. This report will be the most recent guide to housing activity. The Index should be close to December’s strong reading in the mid-80s. Other housing data, to be released later in the week, are for December. They are less timely and subject to seasonal distortions.

The latest travel advisory from the CDC is another in a long list of incompetent statements. Requiring COVID tests three days before leaving or returning to the United States does little to contain the virus. Someone who tests negative and then goes to a bar or party before flying can easily spread the disease.

The CDC’s main job is to protect US citizens against harmful diseases. By failing to provide consistent, meaningful guidance for treatment, the CDC is another government agency that has failed in its primary objective.

Stocks were mostly higher this past week as investors continued to rotate toward banks and small cap and cyclical companies. The overall market rose as small cap indexes soared to new highs while the S&P500 moved slightly lower.

Biden’s proposed $1.9 billion stimulus program will shift funds out of the private, productive economy. Biden also promises infrastructure and climate programs will follow, as he moves to bring U.S. policies in line with those that destroyed the economies of Greece and Italy.

The additional spending, combined with the Federal Reserve’s purchases of securities, can produce a short-term sugar high for the economy. As the federal government usurps more of the economy’s spending power, however, there will be less resources available to the private sector. At that point, the sugar high ends and the hangover begins.

Interest rates were mostly stable this past week, with longer-term rates holding close to their recent highs. Stocks remain overvalued and overdue for a correction. Even so, with the aid of a highly expansive monetary policy and strong real growth, the near-term outlook for stock remains cautiously optimistic.