Senate Approves More Money for Teachers’ Pay, but Tennessee Teachers May Not All Get Raises 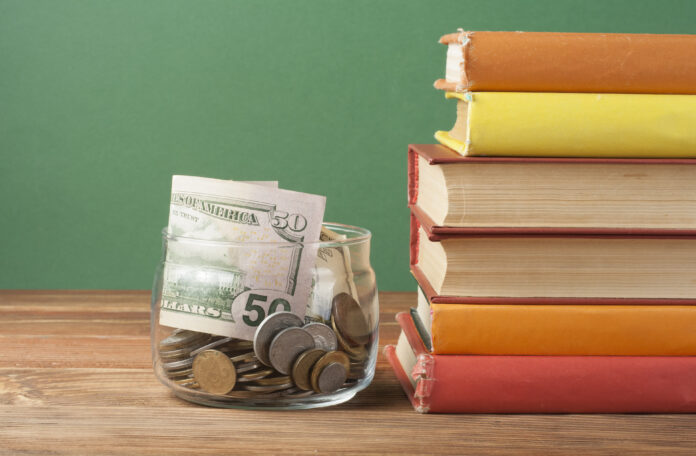 The Tennessee Senate has approved nearly $43 million for teacher pay, but the new money does not mean all Tennessee teachers will get a raise.

Lawmakers approved a spending bill Thursday to fund bills passed in this week’s education-focused special session. The spending bill includes about $43 million for teacher pay, but it does not specifically provide a salary raise for teachers.

In a Senate Finance Committee meeting Thursday, Majority Leader Jack Johnson, R-Franklin, clarified the funding included in the bill is a set amount, not a salary percentage increase.

Education funding makes up more than a quarter of the state’s budget. The state funds education through a formula called the Basic Education Program (BEP). The BEP has four channels: teacher pay, benefits, classroom books and supplies, and nonclassroom staff, such as busses and maintenance.

The BEP is a funding formula, not a budget dictating how districts spend state dollars. Districts have local autonomy to raise local funds, hire teacher positions beyond those funded through the BEP and determine the salaries teachers receive, including raises.

The $43 million appropriated by the Legislature this week will flow to districts to be used for wages for teachers funded through the BEP.

In districts with more teachers than are covered in the BEP formula, the new teacher pay dollars won’t go as far as in districts who have hired only teacher positions funded through the BEP.

“So if they’ve used the BEP in the past to hire those teachers plus a lot more, they would then potentially need an 8% increase to their instructional component to cover a 4% [raise] for everybody,” Tennessee Education Commissioner Penny Schwinn said during a committee hearing Thursday. “That is why we can’t have a straight percentage across the state.”

Tennessee is 40th in the nation for average teacher salaries, according to a 2020 analysis by the National Education Association, even though the Legislature has approved more than $300 million in new, recurring funds for teacher salaries between 2015 and 2018.

A 2019 report on teacher salaries by the Tennessee Office of Research and Education Accountability found most school districts reported giving raises to teachers in recent years, with a 6.2% average teacher salary raise statewide.

“We’re all aware that the BEP formula is not perfect, and that there are some problems with it,” Campbell said. “My concern is that this is just another instance of us attempting to give teachers a raise, and not having it really go into our teachers’ pockets.”

Ultimately, the teacher pay spending bill passed the Senate, 23-5, and is awaiting approval in the House.

Sen. Janice Bowling of Tullahoma was the lone Republican to oppose the bill.

“I’ve heard directly from hundreds of hundreds of teachers,” Bowling said. “And the teachers do not like the legislation. And I will quote, they are insulted by the small raise.”