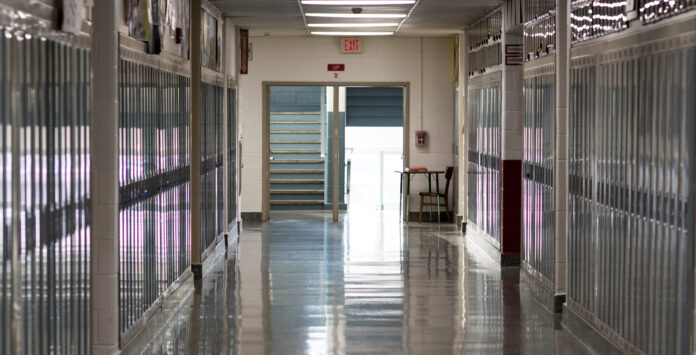 By Ben DeGrow and Allison Rigterink

In recent weeks, more school districts have come around to provide in-person instruction again. But those that have kept classroom doors closed until now cannot blame shortfalls in federal aid for the delay.

As Bridge Magazine reported last week, a few large school districts, including Ann Arbor and Kalamazoo, have failed to even issue a plan for face-to-face instruction to return. This, even with the known educational and emotional harms of limiting children’s social interactions, the months of evidence that schools aren’t super-spreaders and multiple indicators that show the virus is receding across Michigan. These three districts are among about 15% of those statewide that have offered nothing but remote education since the pandemic started last March.

While the initial shift to remote learning was necessary for every district, the transition back to in-person learning has been staggered across the state. Under Michigan’s Return to Learn legislation, each district has had a great deal of autonomy this school year to decide how best to provide instruction for their students. The exception came from mid-November to mid-December, when state health department orders halted face-to-face instruction in high schools.

More recently, Gov. Gretchen Whitmer has urged districts return to class, setting March 1 as the target date. As she said in her January 8 press conference, “The value of in-person learning for our kids is immeasurable, and we must do everything we can to help our kids get the great education they need and to do so safely.”

Providing in-person instruction according to the state’s safety protocols means the adoption of masking, social distancing, sanitation and other mitigation strategies. The Centers for Disease Control estimates those costs at $55 to $442 per student.

Districts have received the first round of COVID relief through the CARES Act passed by Congress last spring. Despite the widespread impacts across the state, the relief funding has not been allocated equally. Even after adjusting for levels of poverty, a significant disparity in funding between districts remains.

A Mackinac Center analysis compared conventional districts’ per-pupil CARES Act revenues with their reported mode of instruction in January. Atypically small districts (those with fewer than 200 students) were excluded to provide a more accurate comparison. Based on the wide range of funding each district has received, one might expect to see a variety of plans for returning to in-person learning. A logical assumption would be that districts with higher COVID relief funding would also have a greater capacity for providing in-person instruction.

However, the results of the analysis come out quite differently. In fact, nine of the 10 top-funded districts are still fully remote. And the other only offered a pared down, hybrid, in-person learning option. Among the 50 districts that took in the most per pupil in CARES Act funds, only 21 provide a fully in-person option.

This is especially tragic because the districts receiving the most CARES funding did so in part because they disproportionately serve low-income, “at-risk” students. The end result is that the students who most need the types of services only in-person school can provide are the most likely to be denied them.

In contrast, only two of the 10 lowest-funded districts are instructing fully remote. Nearly 60% of the 50 districts that received the least CARES aid per pupil provide a full-time, face-to-face option, with most of the rest offering at least some sort of hybrid instruction. Over 80% of the CARES Act dollars collected by the 100 districts in the sample went to those that offer only remote learning.

These data suggest that money plays no role in a school district’s decision to offer invaluable in-person learning, paraphrasing the governor. If a district like Brighton that only received an additional $24 per student can manage in-person instruction, why can’t districts receiving $1,000 extra per student do the same? The analysis also raises the question of how districts are using the relief funds, which were intended to help schools address educational needs during the pandemic.

Considering that in-person instruction provides great value to most students and their families, the least districts can do is make the transition back into their buildings a top priority.