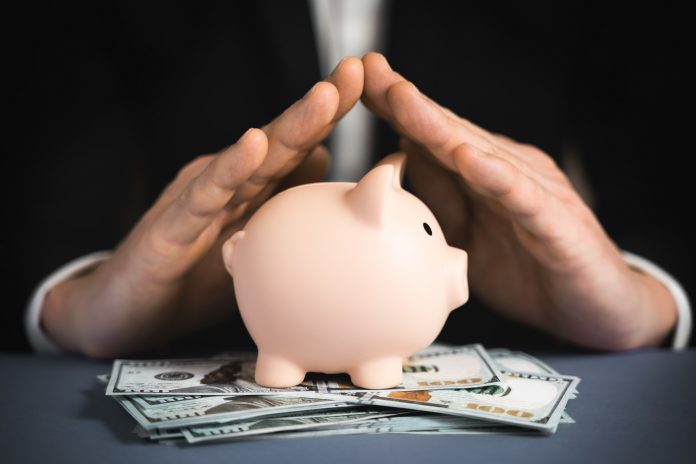 Behold the evolution of the “payday loan”.…

The 2008 global economic disaster was caused by the Big Government-Big Business crony fascism that is killing this country.

And round and round we went, until the merry-go-round spun violently off its axis and hurtled into We the People.

We the People were subjected to years of global economic catastrophe.

The Big Banks?  After many years of making many hundreds of billions, Big Government bailed them out with trillions more.  Of our money, of course.  Because Big Government only has what it first takes from us.

Oh: And the first thing Big Banks did?  With our bailout money?  Pay themselves billions in bonuses.

Then Big Government went into the Big Bank protection business.  The incredibly awful Dodd-Frank law made “too-big-to-fail” banks the only banks in town.

Dodd-Frank is incredibly onerous and expensive. So it has murdered thousands of small banks. Leaving Big Banks to dominate the marketplace.

But hope—and economic chutes of greenery—can continue to spring forth. As they have for poor people in the post-Dodd-Frank apocalyptic banking landscape.

Big Banks much prefer to lend money to billionaires. Small banks were the only banks that lent to poor people. So their demise has left We the Poor People in a world of hurt.

Say you’re an Average Joe with below average income and credit—and your car dies. You don’t have the cash (or Big Bank credit card, because they won’t give you one) to cover the repairs. But you need to keep getting to work.

Enter the “payday loan.” Which, as the name indicates, is a small lender lending you money until payday. Small lender, because the Big Banks won’t lend to you.

Big Banks don’t like these small-time “payday” lenders filling the gap created by Big Government’s murder of small banks. Big Banks view that gap as theirs, to (not) fill as they wish.

On Big Banks’ orders, Big Government has swung into anti-“payday loan” action. To further (re-)establish Big Bank dominance of the monetary sector. DC is extruding bipartisan legislation that will drive the “payday” lending business out of business.

DC Is Ensuring Only Billionaires Can Get a Loan – In the Name of ‘Helping the Little Guy’:

“Silence from Congressional Liberals as Democrats Move Toward SALT Tax Cut for Wealthy’.

“Ohio Democrat Senator Sherrod Brown is excellent at it.

“‘Fifteen years ago, we passed the Military Lending Act to cap interest rates on any loans to active-duty service members and their families.…

“‘Our bill, the Veterans and Consumers Fair Credit Act, would expand those same protections to everyone.’”

Payday Lenders Can Send Borrowers into Tailspin. How One Woman Broke Free

“Working as a teacher in Cleveland, Mississippi, was extremely rewarding, Jennifer Williams said, but she sometimes had trouble making her income stretch from paycheck to paycheck. So one day she borrowed $200, promising to settle up with the lender when she got paid a short time later.”

Stop right there. This is exactly how a “payday loan” is supposed to work. You borrow a little money—until payday:

“Typically used by workers who run out of money before their next paycheck, the loans are easy to receive, not requiring a credit check, and are offered from storefront locations and online.”

As we said, these loans are for people who can’t pass a credit check—so Big Banks won’t lend these people a dime. And since Big Government murdered the small banks that would lend to poor people, these “payday loans” are often the only thing between poor people and utter economic oblivion over relatively tiny dollar amounts:

“Payday lenders and check advance companies say they provide a needed service—giving credit to borrowers who have no other access to funds, sometimes referred to as the ‘unbanked.’

That’s a lot of poor people being helped.

And look: Our old friend, the Communist-yet-accidentally-helping-Big-Banks operation known as the National Consumer Law Center (NCLC) loves destroying small loans to poor people. Their spokeswoman makes an assertion as economically illiterate as one would expect:

“Payday loans” are an often lifesaving service for millions of Americans. NBC “News” wants to destroy them because some people are less than entirely honest wth themselves:

Translation: “I went into the grocery store to buy fruits and vegetables. But I wound up with ice cream and doughnuts.”

At some point personal responsibility has to enter the equation, does it not?

You don’t dramatically damage a product that is extremely valuable to tens of millions of Americans because some people will abuse it.

Big Media NBC “News” and the Big Banks and Big Government all want to do exactly that: de facto ban “payday loans.”

That is how you know, with moral certitude, it’s an exceedingly awful idea.