Marty Gottesfeld, 37, is an American political prisoner. There’s just no other way to describe the self-taught, nonviolent techie/medical freedom activist now locked away in solitary confinement at a secret federal detention facility in Marion, Illinois—after being transferred this month from a different secret center in Terre Haute, Indiana. Both are known as “communications management units” (CMUs) in prison industrial complex bureaucrat-ese.

Or you could just call them un-American penitentiary black holes. Twice—last June and this week—I’ve asked the federal Bureau of Prisons to explain why Marty is being held in solitary confinement, how long he has been squirreled away and on what grounds he was transferred. “For privacy, safety, and security reasons,” I was told, “the BOP does not discuss any individual inmate’s conditions of confinement to include housing quarters or reasons for transfer.” This past Sunday marked four full months that Marty has been in solitary and blocked from communicating with loved ones or the media.

I first learned of Marty’s plight—and his heroism—five years ago from his loyal and vigilant wife, Dana, whose words in defense of the dissident action he took that earned him a 10-year federal sentence have never left me: “It was the right thing to do.”

A quick recap for those who have never heard of, or have forgotten, the “Free Marty G” nightmare. In 2013, a young girl named Justina Pelletier was ripped from her parents’ custody by Boston Children’s Hospital. The teen, who has mitochondrial disease and postural orthostatic tachycardia syndrome, had gone to BCH after coming down with a severe case of the flu.

Instead of receiving top-notch care and attention at BCH, however, Justina was medically kidnapped and recklessly re-diagnosed with a psychological condition, “somatoform disorder.”

Justina was dragged from BCH’s neurology department to its infamous psych ward, where she was reprimanded for being unable to move her bowels or walk unassisted in her weakened state. At the Wayside Youth and Family Support Network residential treatment center where she was confined, she and her family recounted to me in my 2018 documentary on the case, she was harassed by a staffer while taking a shower. The physical and mental torture lasted 16 months.

Enter Marty G. In April 2014, he helped lead a social media army that implemented distributed denial-of-service (DDoS) attacks against Boston Children’s Hospital and the nearby Wayside Youth and Family Support Network residential treatment. Marty had organized a social media army to knock the computer networks of both institutions offline to protest Pelletier’s medical kidnapping. Hackers from the loose-knit collective, Anonymous, allegedly participated in the campaign.

Marty was charged and convicted of cybercrimes and sentenced to 10 years in federal prison. He had already spent more than a year behind bars without bail at the time of his sentencing (including about 80 days in solitary confinement and a stint in the same detention center as Mexico’s notorious drug cartel kingpin “El Chapo”). He has no regrets about stepping up in Pelletier’s defense and continued his whistle-blowing investigative journalism after his imprisonment with Dana’s help—until the feds tried to shut him up and shut him down after reporting on the plight of other CMU inmates.

The last time Dana spoke to Marty was last September. The last time she was able to see him in person was at his sentencing three years ago—yes, years—this month. Last summer, BOP officials had recommended that Marty be removed from the Terre Haute CMU. Instead, he was hauled from one American Gitmo to another.

“We were devastated to find out that the placement of Marty in the CMU will continue,” Dana told me this week. “There was never any good—or even comprehensible—reason to place him in that ultra-restrictive unit that was created in the 9/11 era. The BOP’s decision to continue placing Marty in the CMU shows that the pattern of harassment and retaliation that Marty faced when he began speaking publicly about conditions in BOP facilities continues.”

Dana added that “less than two-tenths of 1% of federal inmates are held in the CMUs. Many of them are members of radical Islamist terror organizations. The BOP has never given a reasonable explanation for why it has chosen to hold Marty, a nonviolent person never previously convicted of a crime, in these specialized prison units. I believe the BOP is continuing to retaliate against Marty for his decision to speak publicly about conditions in BOP facilities, ranging from damp and freezing cells, nonpotable water, to misconduct by a BOP unit manager.”

The Justice Department’s inspector general passed the buck on Marty’s case to the BOP Office of Internal Affairs. Marty’s complaint has fallen into yet another black hole. 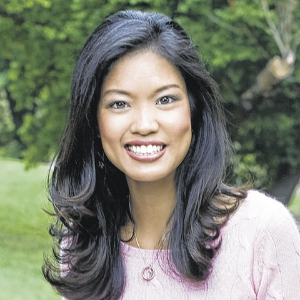