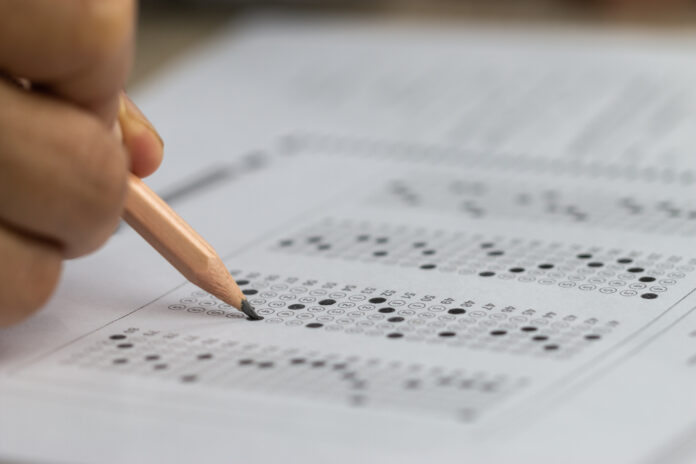 The University of Tennessee System (UT) announced recently that it has ended its test-optional admissions policy.

The new policy requires first-year applicants to submit an ACT or SAT score in order to be considered for the Fall 2023 semester.

“Standardized test scores, while important, only represent one component of the holistic admissions processes,” Tindell stated.

The test-optional policy was launched in July 2020 to “help prospective students” when the testing centers were closed during COVID-19.

A January 2022 report to the UT Board of Trustees, however, found that standardized testing is beneficial to the system’s admission process.

The research found that that “adding standardized test scored to high school GPA can have the important effect of statistical moderation” that “offset[s] differences in grading across high schools.”

It also found that using standardized test scores in addition to GPA gave a better indicator of a student’s academic ability.

“Looking across student subgroups, the joint use of ACT Composite scores and high school GPA resulted in greater prediction accuracy than when either predictor was used alone,” the report concludes.

The report also acknowledged that a majority of students chose to submit standardized test scores despite it being optional.

UT System President Randy Boyd said in a statement that the test-optional pilot was an “exception we made to our admissions practices for the last two years.”

The program was originally put in place for one year.

However, UT announced last May that the program would continue for “up to five more years,” The Chronicle of Higher Education reports. The program was required to undergo an “annual evaluation” to determine if it should be reformed or discontinued.

Other universities are reversing their test-optional policies.

Massachusetts Institute of Technology reinstated its standardized testing requirement in March for the class of 2027.

In contrast, Campus Reform reported that Harvard University extended its test-optional policy through 2026.

Campus Reform contacted Boyd for comment. This article will be updated accordingly.