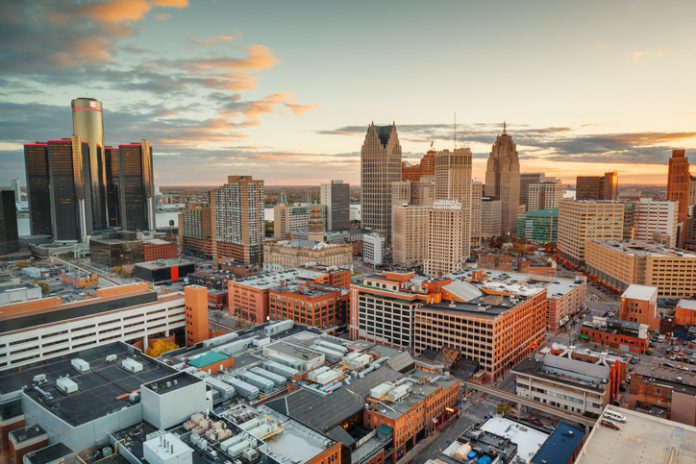 One cliché from the political class is that candidates will go anywhere and do anything for jobs. Anything, it seems, except finding out whether their methods are actually creating jobs.

Politicians seem genuinely to believe that they are practical people and that giving private companies special deals for subsidies, tax breaks, loans and other favors is necessary to help the state. Except that giving taxpayer money to favored companies is not practical, and the numbers clearly bear out that negative assessment. You need heavy ideological blinders to believe that corporate handouts are a good thing.

Consider the state’s most recent subsidy deal with General Motors. Michigan taxpayers will give $600 million to GM. In exchange, the auto giant promises to create 3,200 jobs and maintain those jobs for at least six months. The award was announced earlier this year with a gubernatorial press conference (and inflated job-creation claims that later turned out not to be supported by the substance of the deal).

Businesses in Michigan create and lose more than 800,000 jobs every year. In order to replace the jobs lost each year, taxpayers would have to give out a $600 million corporate welfare package every other day. The size of the economy simply swamps government administrators’ ability to make much of a difference.

Economists have developed clever techniques to measure the effects of state economic development programs. The verdict isn’t good. As one review of the literature summarized it, “[M]any public officials appear to believe that they can influence the course of their state and local economies through incentives and subsidies to a degree far beyond anything supported by even the most optimistic evidence.”

Supporters maintain that it is practical to award selective business subsidies and other favors. As a result, when a company threatens to relocate unless the state ponies up, lawmakers conclude that appeasement is the best option. Only an ideologue would say no.

It takes a lot of ideology to buy into the ruse.

Company officials approach state lawmakers for favors because they know elected officials are likely to say yes. They wouldn’t risk asking otherwise. They risk having their reputations tarnished and their other public policy priorities harmed if the request is rejected.

Companies do what they can to encourage lawmakers to give in. They tell lawmakers that they really want to put their projects in Michigan, but they need something extra to decide. Other states offer more, they claim, and state lawmakers here need to compete.

Lawmakers rely on faulty assumptions in order to believe company protestations. They have to believe that company officials have not already made their decisions, that they’re not trying to play states against each other to get further advantages, and that a company needs special treatment to launch its project in the state.

Government officials are notably incurious about the evidence that informs their beliefs. Lawmakers could ask company officials to share the firm’s cost analysis for the project and demand the beneficiaries demonstrate that state favors are what tipped the scales in favor of locating in Michigan. This never happens, because politicians want the story to be true, and skepticism would demonstrate otherwise.

Special favors are the icing on the cake for company decisions that already get made based on other factors. Corporations can get free cash, lower taxes for themselves, or obtain loans the market can’t give them – all in exchange for doing something they were going to do anyway. All they have to do is present the case to lawmakers that it’s practical to do so. This is why consultants offer services to turn states into cash cows.

Elected officials are prone to want to hand out favors to companies. Voters want their states to be a more prosperous place, and jobs are popular. A company official looking for a deal is an opportunity for politicians to get headlines about jobs and show voters that they are doing something about it, regardless of the cost to taxpayers.

Some lawmakers sound like they would prefer handing out favors even without the excuse that they need to compete with other states. “Why would we want to encourage them to look elsewhere?” goes the thinking. It is purely ideological to believe it’s a good policy to pay companies for doing what they were going to do — with or without state support.

Still, some lawmakers believe that it is a practical position to hand out money when companies ask for it. “Are we supposed to say no and turn away jobs?” they ask.

Here’s how to respond.

Obviously, be polite. Company officials are interested in investing in the state and ought to be treated with respect, even when there are other businesses driving the state’s growth without special favors. They ought to be asked to share their decision-making information and to make it public if they were going to ask for public support. If a specific project is going to get support from taxpayers, people ought to be told why it’s needed. If company officials don’t want to make this public, or otherwise argue that this is sensitive information, they likely wanted special treatment as a little extra bonus.

Subsidy supporters may worry that this will scare away an interested company. If basic transparency is enough to end a company’s interest in the state, then the company’s interest was not about competing with other states. It was about getting favors.

Taxpayers deserve to know where their money is going, and why private interests get special deals. Sadly, this information is too often absent. Lawmakers today seem more interested in hiding details through nondisclosure agreements than in justifying public transfers to companies.

This interest in secrecy is ideological. Despite the implication that subsidizing companies is part of the brass tacks, hard-boiled work of job creation, selective business subsidies rely upon a set of ideological assumptions that fall apart with a modicum of skepticism. Whereas the practical stance, that handing out money to a handful of companies is an ineffective way to improve the state economy, only gets stronger the more closely you look at it

Originally published by the Mackinac Center for Public Policy. Republished with permission. For more great content from Budget & Tax News.