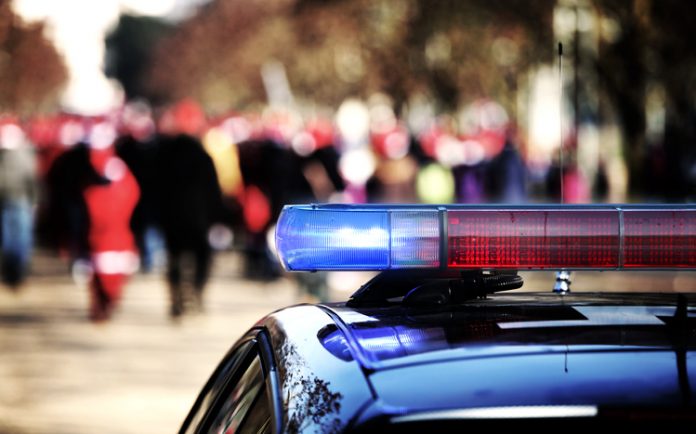 In Democrat-led cities across America, leftist elites and their pro-criminal policies continue to cause increasing crime and disorder. Black Lives Matter Marxists and the Democratic Party peddle the big lie of “systemic police racism,” as leftists push to defund police departments. Meantime, city and county prosecutors backed by the anti-American globalist billionaire George Soros have shattered the rule of law, unleashed a tidal wave of violence, and escalated the war on cops.

Last year, 16 Democrat-led cities witnessed record-level homicide rates. The vast majority of victims have been poor and working-class blacks. In 2020, when murders surged 30 percent, almost 10,000 victims were black—accounting for 56 percent of all homicides, even though blacks constitute just 13 percent of the U.S. population.

Democrats tolerate violent crime and disorder, and major cities such as Chicago, Philadelphia, and San Francisco take their turns in the media spotlight. But more than any other U.S. city, Baltimore exemplifies the ultimate disaster of leftist ideology, radical criminal justice policy, and Democratic Party corruption.

The depth and intensity of Baltimore’s breakdown are unsurpassed. This once-great American city is hurtling toward the point of no return. The root cause of dysfunction in Baltimore and many other Democrat-led cities is not racism but rather systemic political corruption, patronage, and incompetence.

Baltimore has been governed by Democratic mayors for the past 54 years, solidifying a culture of corruption. Despite billions of taxpayer dollars pumped into the city, criminal mismanagement has resulted in high crime, poverty, welfare dependency, and drug addiction. With at least 1-in-10 residents addicted to opioids, Baltimore is America’s heroin capital.

Baltimore’s public schools provide a Third World-quality education. Despite being among the highest-funded per student, Baltimore City Public Schools (BCPS) are practically the worst performing in America. Forty-one percent of BCPS high school students have a 1.0 grade-point average or lower. BCPS has rendered generations of black youth incapable of performing productive work or achieving higher education—condemning them to lives of crime, addiction, and government dependency and despair.

And Baltimore’s public school administration is as corrupt as it is incompetent. The latest scandal reveals 12,000 grades changed from failing to passing, and report cards fabricated over a five-year period.

During the past decade, 35,000 city residents—primarily middle-class blacks—have fled the crime and chaos. Unprecedented levels of violence and disorder have brought Baltimore to the brink of collapse.

Baltimore’s demise is a team effort made up of a radical pro-criminal state’s attorney who has deliberately undermined the rule of law, a woke Democratic mayor with a plan to dismantle the police and replace cops with social workers, and a police chief who has betrayed the basic principles of policing by supporting both.

Let’s take a closer look at the trio of leaders heading this disaster.

Marylin Mosby is Baltimore’s radical Democrat state’s attorney who believes that the American criminal justice system is illegitimate, systemically racist, and must be dismantled. Her leftist elite worldview holds that criminals are the victims, police are the criminals, and the actual victims of crime are collateral damage to be ignored during the quest for “social justice.” As with her fellow rogue prosecutors across the country, keeping criminal offenders out of jail and undermining the system from within are her primary objectives.

Mosby was elected in 2015 and immediately put her leftist game plan to work. She “reimagined” the city prosecutor’s office by placing offenders’ interests before victims’ interests. Mosby kept offenders out of jail or minimized punishment through non-prosecution, dropped charges, and plea bargains. Criminals heard her message, and the impact was immediate.

During Mosby’s first year in office, homicides surged 62 percent, from 211 to 348. Murders have remained above 300 for each of her seven years in office—2,480 victims and counting. Of all murder victims identified by race, 92 percent were black. Mosby has dismissed thousands of criminal cases and warrants.

Lawlessness culminated in December’s cold-blooded assassination of Baltimore police officer Keona Holley. She was sitting in her parked squad car at 1:30 a.m. when two career criminals snuck up from behind and shot her in the head.

Drug-related arrests have decreased by 80 percent. Of the few arrests still made, Mosby refuses to prosecute roughly half of them. The results have been catastrophic—increased violence, flourishing open-air drug markets, neighborhoods controlled by gangs, and fear. As one desperate woman describes it, “It’s like we’re living in hell in our own community.”

Decriminalizing quality-of-life crimes also devastates the lives of non-violent offenders. Excluding interaction with the police prevents them from getting the help they need. Arrest does not have to result in incarceration but can instead present an opportunity for court-directed diversion into treatment programs. For street prostitutes, getting arrested is the best thing that could happen to them. Most prostitutes are addicted, abused, or trafficked—sometimes all three. Mosby’s policies deny these women the hope and opportunity a police intervention can provide.

Same story with drug addicts. Police intervention, even without arrest, provides addicts a chance for referral to treatment. In most jurisdictions, treatment can be mandated. Mosby’s policy to not prosecute drug possession has proven deadly for addicts. During her tenure, annual drug overdose deaths have increased 71 percent, from 305 the year before she was elected to 1,035 in 2020.

Brandon Scott is Baltimore’s leftist Democratic mayor. He supports Mosby’s policy to decriminalize crime and enable criminals to evade personal responsibility for their behavior. Scott has a history of undermining the police. As City Council president, he led the successful Black Lives Matter-inspired campaign to defund the city’s police force, slashing its budget by $22 million. It was subsequently restored.

This is really a police reduction plan based upon leftist ideology that sees gun violence and other violent crime as a “public health crisis.” Violence is “reimagined” as a disease for which an individual cannot be held responsible personally. Instead of telling young men that they are expected to conform to the rules of civilized society, obey the law, or be held accountable, the new message is “it’s not your fault.”

Scott’s plan is also openly hostile to the police. The ideology and jargon of racist critical race theory and Black Lives Matter messaging are woven throughout.

But the plan just doesn’t work. Last year was the deadliest per capita in Baltimore’s history. This is a preview, however, of how leftist elites will “reimagine” law enforcement wherever they have the power. It’s central to Joe Biden’s national strategy that 14 other cities will soon implement.

To thoroughly undermine policing and the rule of law, Mosby and Scott need a willing partner within the police department. Police Commissioner Michael Harrison is their man.

“Broken windows” is Policing 101. It’s a strategy that enforces quality of life laws and ordinances to maintain community order and prevent more serious crime. It works. So, it was shocking when Harrison announced that he was on board with Mosby’s policy to decriminalize all quality-of-life crimes. Disorder, community disintegration, increased violence, and citizen fear have been the result.

Harrison is complicit in the “de-policing” of Baltimore. Under his leadership, BPD has become a reactive police department. Proactive policing and street-level drug enforcement have virtually disappeared. Officers passively observe open drug dealing and related public disorder. The police have surrendered the streets and parks to the gangs, drug dealers, addicts, prostitutes, and thugs. Harrison has encouraged lawlessness by publicly announcing that a person involved in a minor violation can walk away from the police with impunity.

No facet of Baltimore city life has been untouched by crime, disorder, and fear. Even drivers commuting to and from work cannot stop at a traffic light in the downtown area without being harassed and intimidated by mobs of “squeegee kids.” Thugs aggressively swarm vehicles stopped in traffic, uninvitedly wash and squeegee the front window, and then demand money from drivers. Those who object or refuse to pay are subjected to assaults ranging from verbal abuse, pelting with rocks, punching, savage  beatings, and threats with guns. Police officers have been attacked. This outrageous activity has been given the green light by the mayor, state’s attorney, and police commissioner.

For any police department to function effectively, its members must be confident that their leaders support them. But BPD’s morale has been broken by their mayor’s police-reduction plan and their commissioner’s complicity in implementing it. So, it’s no surprise that BPD is understaffed by nearly 500 officers and continues to shrink. Recruiting new officers is not part of Mayor Scott’s comprehensive plan.

The result? Criminals are undeterred and no victim is off-limits. In May, an on-duty Baltimore police detective was carjacked at gunpoint, pistol-whipped, beaten, and his patrol vehicle stolen.

No place is safe, either. Baltimore’s famed Inner Harbor, the go-to spot for families and visitors, has always been the safest part of the city. Not anymore. On a crowded Memorial Day weekend with 20 BPD officers in almost immediate proximity, a gunman shot two teenagers, killing one. A well-known local radio personality who was on the scene summed it up. “If you’re not safe in the Inner Harbor, Baltimore is a wrap. It’s not safe anywhere.”

Can Baltimore survive? No city can withstand out-of-control crime and chaos indefinitely. But one thing is certain—Baltimore won’t survive with the same failed policies and corrupt leadership.

The leftist Democrats’ pro-criminal, anti-victim, and anti-police policies are designed with a purpose—to subvert the rule of law and undermine the values and traditions of American civilization. As with other crime-ridden cities run by leftists, Baltimore’s only chance is for all law-abiding citizens to stand up, join together, and take their city back.

Maurice Richards
Maurice Richards is the former chief of the Martinsburg Police Department in West Virginia. He served as chief from 2015 to 2020 after a 24-year career in the Chicago Police Department. Richards holds a doctorate in adult education from Northern Illinois University. His writing has been featured in Human Events, The Federalist, The Hill, and The Daily Caller.