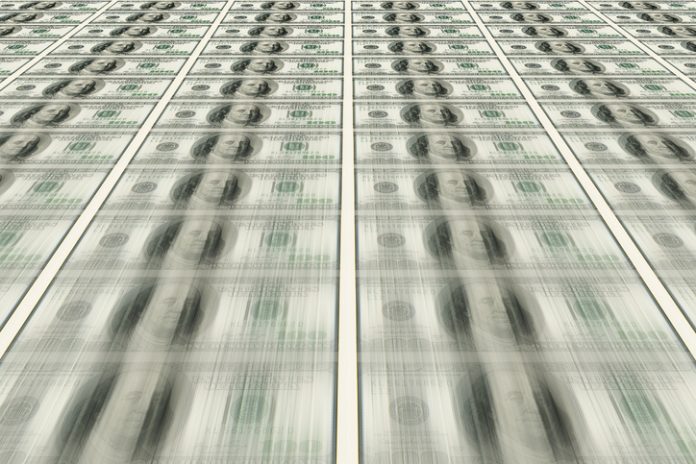 A massive federal bailout of state and local governments during the pandemic had a negligible effect on overall employment levels despite costing taxpayers an estimated $855,000 per job saved.

That’s the bottom line of a new National Bureau of Economic Research working paper published this week. In the paper, a trio of researchers attempted to determine the effectiveness of nearly $1 trillion in pandemic-era aid distributed to state and local governments—the majority of which was delivered as part of the $1.9 trillion American Rescue Plan passed in March 2021.

Despite the eye-watering price tag, however, the stimulus spending had only “a modest impact on government employment and has not translated into detectable gains for private businesses or for states’ overall economic recoveries,” conclude University of California, San Diego economists Jeffrey Clemens and Philip Hoxie and American Enterprise Institute senior fellow Stan Veuger, the paper’s three authors.

The aid to states and local governments did not meaningfully affect the broader economy either, the paper argues, in part because of other government responses to the pandemic. “Both voluntary and mandated limits on economic activity inhibit standard transmission mechanisms that can make fiscal stimulus effective under other circumstances,” Clemens wrote on Twitter.

The case for bailing out state and local governments was always paper-thin. Despite fears of massive budget shortfalls due to a combination of government-imposed lockdowns and changing consumer behavior during the pandemic, those deficits mostly did not materialize. Before the American Rescue Plan passed, there was widespread skepticism about the proposed bailout, in part because three other pandemic-era spending bills had already sent about $360 billion in aid to states and localities.

But instead of stimulating the economy or filling budget holes that mostly didn’t exist, the aid to states and local governments just left them flush with cash. As Reason has reported, some of that money was spent on unrelated things like money-losing, government-owned golf courses.

And while saving jobs or preventing layoffs was not the sole purpose of the American Rescue Plan’s spending on state and local governments, that was and remains a centrally stated goal of the bailout. “These funds ensure that governments across the country have the flexibility they need to vaccinate their communities, keep schools open, support small businesses, prevent layoffs, and ensure a long-term recovery,” Deputy Treasury Secretary Wally Adeyemo said in January of this year, as the Biden administration loosened some of the restrictions on how those funds could be used.

Even within the context of other federal emergency spending plans, the state and local bailout looks massively wasteful. Clemens, Hoxie, and Veuger point out that the $855,000 per-job figure dwarfs estimates of other emergency government bailouts.

Estimates suggest that the $770 billion Paycheck Protection Program, for example, ended up costing between $169,000 and $258,000 per job saved—though other researchers have claimed the cost was only about $50,000 per job. The Obama-era American Recovery and Reinvestment Act (ARRA) ended up spending between $50,000 and $112,000 per job created or saved.

The federal bailout of state and local governments during the COVID-19 pandemic has already gone down as one of the most unnecessary responses to that crisis. Now, it might also be remembered as the most wasteful.

Eric Boehm
Eric Boehm is a reporter for Reason. He lives in Culpeper, Virginia. His work has appeared in The Wall Street Journal, National Review Online, The Freeman Magazine, The Philadelphia Inquirer, The American Spectator, The Washington Examiner, The Daily Signal, FoxNews.com, and elsewhere. He was a national regulatory reporter for Watchdog.org and bureau chief of the (now-defunct) Pennsylvania Independent in Harrisburg, Pennsylvania.