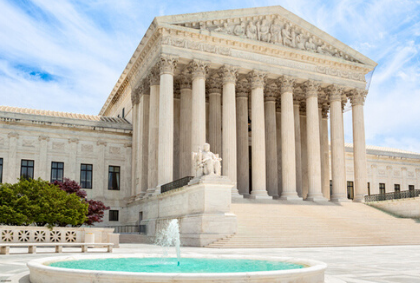 The Supreme Court decision overturning Roe v. Wade sends the abortion question back to the states, and more states will ban abortion.

On Wednesday, Wisconsin Democratic Gov. Tony Evers called a special session to address the state’s 1849 law banning abortion, except where necessary to save the life of the woman. The Republican-controlled Legislature had no interest, gaveling in and out of session within seconds.

Given the Supreme Court’s ruling on Friday, overturning the 1973 Roe v. Wade decision that made abortion a universal right, Planned Parenthood immediately stopped providing abortions at its clinics in Madison and Milwaukee.

Abortion bans are now suddenly common around the country. Half the states already had laws in place to create total or near-total bans on the procedure, as soon as the Supreme Court acted.

“Roe was egregiously wrong from the start,” Justice Samuel Alito wrote in his opinion for the 6-3 majority. The decision was historic but the opposite of surprising, since Alito’s draft opinion had been leaked last month.

Given the absence of a federal constitutional right, the abortion question will now be debated state-by-state, at least until Congress sets any sort of national law.

It won’t be the last dispute involving constitutional rights. In a concurring opinion, Justice Clarence Thomas wrote that the court should now reconsider the decisions that established rights for contraception, same-sex relations and same-sex marriage.

“The rights that we as modern Americans have come to expect and live by will now be decided by state governments,” Jim Obergefell, the named plaintiff in the 2015 case establishing same-sex marriage rights, said in a statement.

There will be immediate action in states. On Wednesday, Indiana GOP Gov. Eric Holcomb called the Legislature into special session beginning July 6. The session’s stated agenda is cutting taxes, but the governor made it clear legislators can consider other issues, specifically including abortion.

In 2019, the Kansas Supreme Court ruled that the state constitution includes the right to abortion. There was already a measure on the August primary ballot that will effectively overturn that ruling, placing a ban on abortion rights in the state constitution. “Painful dismemberment abortions are legal in Kansas even if Roe v. Wade is overturned,” an ad for the state ban campaign stated recently. “But the Value Them Both constitutional amendment will fix this.”

A majority of abortions in the U.S. are performed using pills, not procedures. Theoretically, women could obtain pills through the mail, regardless of where they live. But red states are moving to block access. On Wednesday, for example, Louisiana Gov. John Bel Edwards, an anti-abortion Democrat, signed a law creating criminal penalties — up to five years in prison and fines up to $50,000 — for anyone sending abortion pills to Louisiana residents.

Recent polling has indicated that a majority of Americans did not want to see Roe v. Wade overturned and, if it were, that they’d prefer abortion to remain legal in their states. But access to abortion is suddenly becoming a blue-state phenomenon.

“The future of reproductive health-care rights will be difficult,” Evers said Friday, “but I’ll do everything in my power to make sure that all people have abortion access and reproductive freedom in Wisconsin.”