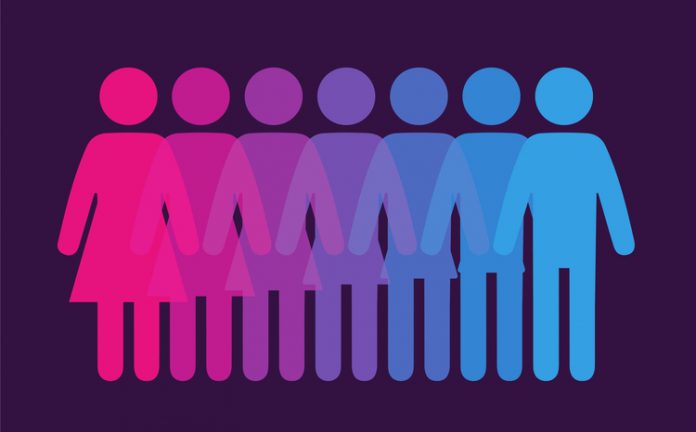 The Biden Administration in March celebrated the “International Transgender Day of Visibility” by extolling the virtues of the kindly sounding “gender-affirming care.” But this innocuous-sounding term can be extraordinarily hazardous to the health of young people—puberty blockers, hormone therapy, and “gender-affirming” therapies—all irreversible—are part of the program.

This bit of insanity was followed by a major rewrite of Title IX in May, which prohibits sex discrimination and harassment in programs receiving federal funds, and now includes discrimination based on sexual orientation and gender. As The Federalist’s Joy Pullman explains, any establishments that accept any federal funding for food, including schools, “must also allow males who claim to be female to access female private spaces, such as showers, bathrooms, and sleeping areas.” These organizations must also follow protocols “such as requiring staff to use inaccurate pronouns to describe transgender people and allowing male staff to dress as women while on the job.”

Then on June 15, Biden furthered his descent into the child abuse abyss by signing an executive order that directs his Departments of Health and Human Services and Education to further push his “gender-affirming care” agenda, allowing treatments in children who claim gender confusion, and increase LGBTQ activism infiltration, under the guise of anti-bullying and anti-suicide programs, in public schools throughout the United States.

As noted by Dr. Susan Berry, the order is specifically aimed at states that have “banned transgender medical interventions for minors, promoted parental rights, and blocked public schools from teaching concepts related to gender identity and sexuality to young children.” There are 33 states and the District of Columbia that have some legal provisions which allow minors to obtain routine health care without parental consent, while 17 states have no such provisions. In the states that do have legal provisions, it is possible for adolescents to obtain puberty blockers and cross-sex hormones under certain circumstance without parental approval.

All this is joyous news to the schools that have been peddling the trans fad to its young students around the country. At a New Jersey middle school, for example, students were treated to a video about a transgender man’s hormone treatment without notifying the students’ parents. The video, “Ten Years on Testosterone,” was part of a social studies class, and detailed the transition of an LGBTQ activist. In its “Transgender Guidelines,” a school district in Ohio instructs its teachers to begin social-transitioning gender nonconforming students without parental consent.

Not surprisingly, many districts’ grooming begins in kindergarten and even pre-K. In Virginia, kindergarteners experienced a talk by a “transgender rights advocate”—a man dressed as a woman who goes by “Sarah”—who read them a book about a transgender teen. Kindergartners in Massachusetts are told by their teacher, “We don’t say a penis belongs to a man. It belongs to a human.” And in North Carolina’s Wake County, a preschool lesson used flashcards featuring LGBTQ themes to teach kids colors, including one card depicting a pregnant man.

While trans proselytizers claim that they have science on their side, that same boast was made by acid rain apostles, Y2K alarmists, and population bomb evangelists. In reality, the “science” the trans enthusiasts point to is the Trevor Project study which found “gender-affirming hormone therapy (GAHT) is significantly related to lower rates of depression, suicidal thoughts, and suicide attempts among transgender and nonbinary youth.” Their findings are of dubious validity, however. In addition to design flaws, the study was heavily funded by AbbVie and Allergan, two companies that make drugs and medical products used in the gender transition process.

But on June 13, the results of an unbiased study were released. In the summary, researcher extraordinaire Jay Greene—likely alluding to the Trevor Project—states that “studies finding that ‘gender-affirming’ interventions prevent suicide fail to show a causal relationship and have been poorly executed.”

In fact, Greene maintains that “easing access to puberty blockers and cross-sex hormones by minors without parental consent increases suicide rates.” He adds, that given the danger of cross-sex treatments demonstrated in his study, “states should tighten the criteria for receiving these interventions, including raising the minimum eligibility age.”

Greene states that his research,

“adds to the well-established wisdom that children are better off if they are not allowed to make major life decisions without their parents’ involvement and permission. In general, parents are better positioned than anyone else, including the children themselves, to understand the needs of their children when making important decisions. State policies that undermine this relationship between parents and children are dangerous and should be repealed. Similarly, those who work with children in professional capacities, including health, education, and counseling, should be careful about substituting their own judgment for that of the parents. The research presented here supports the view that children fare significantly better when their parents have the authority to know about, and help to make, major decisions for their own children.”

Florida Surgeon General Joseph Ladapo agrees with Greene’s assessment, arguing that the federal government’s medical establishment “releasing guidance failing at the most basic level of academic rigor shows that this was never about health care. It was about injecting political ideology into the health of our children.”

“Children experiencing gender dysphoria should be supported by family and seek counseling, not pushed into an irreversible decision before they reach 18,” Ladapo said.

To put things into perspective, a staggering 99.4 percent of the population does not have the physical traits that cause someone to become transgender, according to UCLA’s Williams Institute, an LGBTQ advocacy group. The 0.6 percent of the adult population who are gender dysphoric—a   condition that causes extreme distress—certainly deserve empathy and respect. Also of note, Brown University physician and researcher Lisa Littman released a study in 2018, which showed that “rapid-onset gender dysphoria” in young people may be driven in part by “social and peer contagion.” She stresses that nearly 70 percent of the teenagers were involved with a peer group in which at least one friend had identified as transgender.

Thankfully, there are signs that at least some parents have had enough. A group of moms in Pittsburgh, Pennsylvania filed a lawsuit in early June to stop a first-grade teacher from instructing their students about transitioning and other gender identity topics.

Also in June, Virginia parents held a rally to oppose a Fairfax County School Board vote on a handbook update that would suspend students as early as the fourth grade for “malicious misgendering.” And importantly, 26 state attorneys general have sent a letter to Joe Biden protesting his Title IX rewrite. Ohio Attorney General Dave Yost argues, “Using hungry children as a human shield in a policy dispute violates basic decency. Aren’t there any parents in the Biden administration that can see past the edges of their ideology?”

Ironically, at the same time Congress just gave its okay to raise the minimum age to buy semi-automatic rifles from 18 to 21, Biden and his cronies want to enable preteens—without any parental agreement—to have medical procedures that mutilate various parts of their anatomies.

Buying into a destructive fad promoted by agenda-driven true believers can have dire consequences for children. Our ruling elites are failing us, and only serious activism by the grassroots—parents and all concerned citizens—will save us.

Editor’s Note: A version of this article first appeared at FrontPage Magazine.