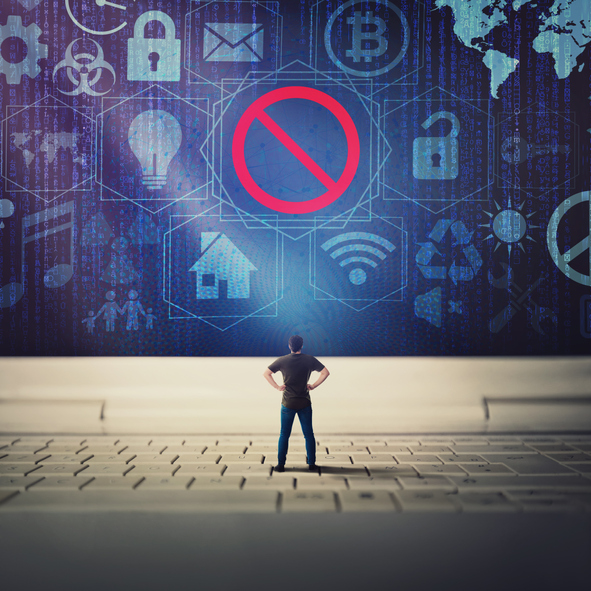 On Wednesday, the tech company Slack announced that it had banned a conservative immigration restrictionist group from using its services, allegedly for violations of the platform’s “terms of service.”

The Washington Free Beacon reports that Slack, a messaging app designed specifically for professional and workplace use, did not offer any specific reasoning for their ban, nor an explanation of which terms of service were violated, when they banned the Federation for American Immigration Reform (FAIR).

While Slack has previously banned use of its services by foreign countries such as Russia, this marks the first time the company has been known to have banned use by a domestic company.

Slack’s terms of service claim that it prohibits “activity that incites or encourages violence or hatred against individuals or groups,” although there are no recorded instances of FAIR engaging in any rhetoric that could qualify as this violation. FAIR is an organization dedicated to implementing more restrictions on immigration and increasing border security; the group describes itself as a “non-partisan, public interest organization with a support base comprising nearly 50 private foundations and over 1.9 million diverse members and supporters.”

In response, Dan Stein, the president of FAIR, sent a letter to Slack on Thursday demanding that the tech company “preserve all internal communications involving this decision in anticipation of probable litigation.”

“You should be advised that FAIR is well aware that there are government actors who are actively trying to censor Americans’ right to freedom of speech and their use of tech platforms, including particular individuals at the Department of Homeland Security,” Stein’s letter continued. “Evidence that there was intervention by government officials in this matter would be of supreme interest not only to FAIR but to the general public.”

A Slack spokesman claimed, with no evidence, that FAIR was banned because it was discovered to be “affiliated with a known hate group.”

“When we learn of an organization using Slack for illegal, harmful or other prohibited purposes,” the spokesman stated, “we conduct an investigation and take appropriate action in accordance with our policy.”