Sand: Many American Schools of Education Are Not Worthy of Existing 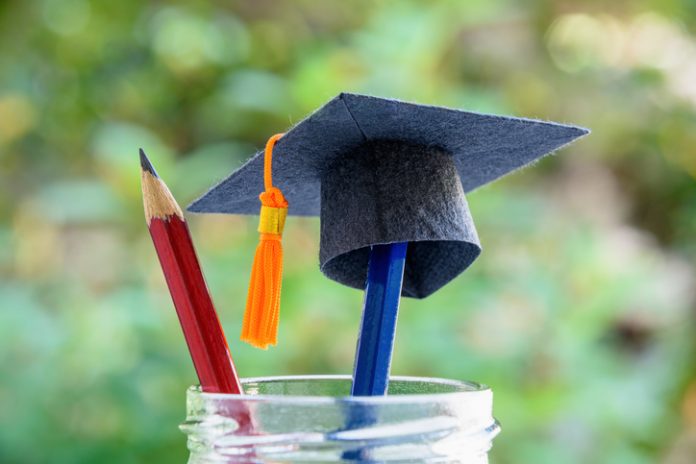 On June 29, the California Department of Education, in cooperation with the California Commission on Teacher Credentialing and the State Board of Education, announced the first-ever release of statewide teacher assignment data. The report revealed that as of the 2020-21 school year, “83.1 percent of teacher assignments are clear, meaning the class or course is taught by a teacher who has a credential and is fully authorized to teach the course.” The remainder of the classroom positions are filled by teachers who have not completed their training, have an emergency permit, hold a credential, but are teaching outside their credentialed area, etc. There could be even fewer “clear” teachers in 2021-22, due to the ramifications of Covid. Interestingly, the report informs us that if an instructor holds only an emergency teaching permit, is teaching outside their credentialed area without state authorization – known as a mis-assignment—or possesses no credential, permit or authorization to teach in California, the assignment is considered “ineffective.”

The subtext to this story is that to be an effective teacher, one must jump through the proper state-orchestrated credentialing hoops. And of course, to get that credential, a prospective teacher must take classes at a school of education. But I maintain that being a camp counselor or watching Blackboard Jungle will endow you with greater teaching skills than the average ed school, which typically is nothing more than a politically correct fad factory that gloms onto the latest good-sounding tripe and forces it down the throats of its students.

My own experience at Cal State Los Angeles in the late 1980s was an eye-opener. Rigor was non-existent. I took eleven courses for credit, receiving ten As and one B, and never once felt intellectually challenged. The required course work included ten weeks each of classes in music and art, but science and social science were crammed into one class. A basic course in classroom management, something that would have obviously been a great benefit to future teachers, was non-existent.

Rather than focusing on the best techniques for teaching students the skills and concepts they need, the professors drummed into us that we should not “drill and kill,” nor be the “sage on the stage,” but instead be the “guide on the side” who “facilitates student discovery” – the philosophy being that children can collaboratively teach each other, despite the fact that there never has been any evidence to support the effectiveness of this method. The children’s feelings were to be engaged first and foremost. Legions of students who have had teachers that were trained in these progressive techniques can barely add or read, but probably have extremely high self-esteem.

By the aughts, the multicultural fad was in full bloom, and thriving in our ed schools. In 2008, researcher Jay Greene found that the average ed school “has a multiculturalism-to-math ratio of 1.82, meaning that it offers 82 percent more courses featuring social goals than featuring math. At Harvard and Stanford, the ratio is about 2: almost twice as many courses are social as mathematical. At the University of Minnesota, the ratio is higher than 12. And at UCLA, a whopping 47 course titles and descriptions contain the word ‘multiculturalism’ or ‘diversity,’ while only three contain the word ‘math,’ giving it a ratio of almost 16.”

Of course, when time is spent on social engineering and students’ feelings, there is less time to teach basics like reading. In fact, the National Council on Teacher Quality reviewed the syllabi of 820 teacher preparation programs across the country in 2016 and found that only “39 percent of programs were teaching the basics of effective reading instruction.” By 2020, the number of programs had risen to 51 percent. But still, 49 percent of incoming teachers are not given the tools to effectively teach reading.

Perhaps the most damage has been done by Lucy Calkins, the reigning reading guru since 1981. She certainly is well-credentialed – an M.A. and Certification in the Teaching of Reading from the University of Hartford, and a Ph.D. in English Education from New York University. Her Units of Study, a language arts educational program, built on “balanced literacy” – a vision of children as natural readers – has dominated classrooms across the country for four decades. In fact, according to Daniel Buck and James Furey writing last year in City Journal, “The curriculum’s publisher claims that it is used in “tens of thousands of schools around the world.” Calkins asserts that a quarter of the country’s 67,000 elementary schools use it. At Columbia University’s Teachers College, she and her acolytes have trained hundreds of thousands of educators.

Worth noting is that many of Calkins’ lessons are of the radical variety. As Buck and Fureypoint out, the unit for 7th-9th graders explains that students will engage with “the politics of race, class, and gender.” Students are also asked “to break down ‘hegemonic masculinity’ in the books they’re reading. Another builds ‘identity lenses’ through which students can analyze various texts, including ‘critical race theories’ and ‘gender theories.’”

But now, after 40 years of miseducation, America’s children have been given a reprieve. Calkins has admitted she was wrong. With tail planted firmly between her legs, she now says, “All of us are imperfect. The last two or three years, what I’ve learned from the science of reading work has been transformational.” So now the country is reverting to phonics and other traditional ways of teaching reading. At least twenty states have passed or are considering measures related to the science of reading.

While Calkins expresses some regret after leading ed schools to miseducate millions of American children, my alma mater still leads with its political agenda. On its “Welcome to the Subject Teaching Credential Program” page, Cal State L.A. touts its “transformative education” program. It promises prospective teachers that it will stress “Critical community literacy,” which includes a “deep understanding of the emancipatory potential of sustained community engagement.” The school also states that its program “works to develop teachers who are change agents.”

The schools of education in the U.S. are by and large an abomination. They don’t really challenge their students and they’ve worked closely with teacher unions to convince legislators to keep archaic practices regarding teacher certification that prevent otherwise qualified persons from getting education degrees.

In 2012, the late Walter E. Williams, a standout professor of economics at George Mason University, bluntly averred, “Schools of education represent the academic slums of most any college. American education can benefit from slum removal.”

And I would add, the sooner the better.

Editor’s Note:  A version of this article first appeared at FrontPage Magazine.