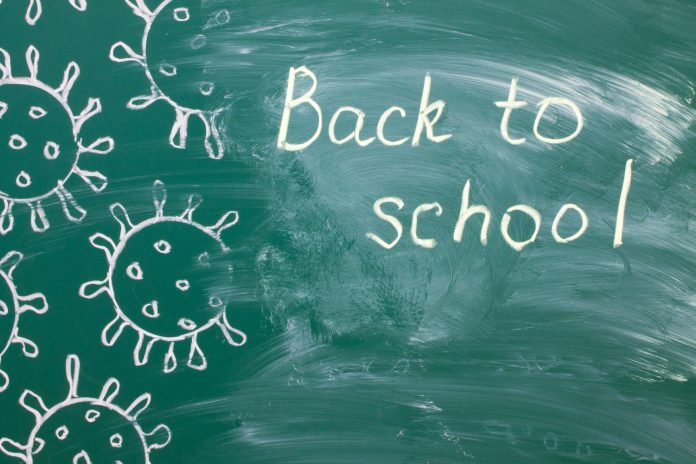 Conservatives must make education a campaign issue; polls show the public agrees with them on kids, gender, race, and school choice.

It just doesn’t stop. In Portland, Oregon, the kindergarten curriculum includes an anatomy lesson featuring “graphic drawings of children’s genitalia.” The words “Boy” and “Girl” are eschewed in favor of “person with a penis” and “person with a vulva,” because, according to the curriculum, girls can have penises and boys can have vulvas. In a West Chester, PA middle school, boys were encouraged to wear dresses at the school’s Gay Pride Month celebrations. And in a New York City middle school, students are encouraged to keep a list of all the “microaggressions” they witnessed – both at schools and at home.

And while kids are getting indoctrinated into the gender and Critical Race Theory cults, their traditional learning has become an afterthought. According to the latest National Assessment of Educational Progress, the Nation’s Report Card, only 37% of U.S. public high school seniors are proficient in reading and 24% have reached proficiency in math. Additionally, proficiency is at just 22% in science and a pathetic 12% in U.S. history. This is pre-COVID data, and we can only guess how horrific the scores will be after the prolonged union-orchestrated school shutdowns.

The good news is that the American people have finally awakened to the abuse. A May poll by the American Federation of Teachers revealed that 39% of voters reported that they have more confidence in Republicans on education matters, compared with 38% for Democrats. While the Republican edge is not exactly overwhelming, it still is important, as Democrats have always prevailed in public opinion because of the perception that they were the education party. As the American Enterprise Institute’s Rick Hess notes, the Democrats’ “broad support for more education spending, outspoken embrace of public education, and close ties to teachers unions and the education establishment have usually added up to a hefty advantage, one that became more significant in recent decades as education assumed a more visible, national profile.”

But now that Democrats and the teachers unions are associated with CRT and the promotion of gender cultism, the zeitgeist is changing. As The 74’s Kevin Mahnken notes, the AFT poll clearly indicates that respondents in some of the biggest 2022 political battlegrounds are receptive to the arguments the Republicans have made.

AFT president Randi Weingarten has constantly vilified Republicans for bringing politics into the classroom. But most survey respondents don’t agree, saying that Democrats are “more responsible for politicizing education (and making education too much a part of the culture war)” than Republicans, 33% to 28%.

After she acknowledged the poll results, Weingarten veered off subject by praising teachers. “AFT members were on the frontlines of the first wave of the pandemic, but in many ways the last year was even harder,” she said. “Whether it was mask wars, culture wars, the war on truth, or the devastation in Uvalde, members sacrificed and struggled and carried their schools and their students through the most difficult days of their lives.”

Considering that her union was front and center in Covid-related school shutdowns and the promoting of CRT, her words are absurd. Or as Tiffany Justice, founder of Moms for Liberty (a group whose purpose is to organize, educate and empower parents) said of Weingarten, “She’s an arsonist that (sic) pretends to be a firefighter.”

The AFT survey is not an outlier. A poll conducted by Democrats for Education Reform – a center-left outfit – shows that 47% said they trusted Republicans more on education issues compared to 43% who favored Democrats. Furthermore, around 90% of respondents said education has become too politicized. The DFER survey, which queried 800 likely voters in 62 hotly contested congressional districts where control over the House of Representatives could very well be decided this fall, also finds that among Black and Latino battleground voters, “Democrats lead by only 5 percentage points on the generic ballot, after winning them in 2018 by 82 and 36 points, respectively.”

As a result of the radical education agenda and the unpopular and unnecessary school lockdowns, students are escaping the government education plantation in record numbers. Seattle schools have their lowest enrollment numbers in a decade. More than 28,000 fewer students expected to attend a New York City school this fall, leading New York Mayor Eric Adams to say, “We have a hemorrhaging of families that are leaving the city, leaving the school system.” Los Angeles lost 4.8 percent of its public school students in 2020–21, and another 6 percent in the 2021–22 academic year, despite schools reopening. San Diego public schools experienced a similar enrollment drop over the past two years. These losses outpaced earlier projections of declining enrollment because of demographic changes. In California, enrollment dropped below 6 million for the first time in 2 decades.

If Republicans play their cards right, the rotting public school culture could lead to changes at the ballot box. As Kenny Cody, Chairman of the Cocke County, Tennessee Republican Party explains, establishment Republicans typically campaign on bread and butter issues like lowering taxes and inflation, as well as an anti-interventionist foreign policy, reining in immigration, etc.

But GOPers absolutely must engage in the culture war. And some thankfully have done that. Perhaps Republican Glen Youngkin’s gubernatorial victory in mostly blue Virginia last November is a portent of things to come. He tapped into parental outrage over school closures and the proliferation of CRT by using the rallying cry “Parents Matter.” The loser was establishment Democrat Terry McAuliffe who stuck to the Democratic playbook, parroted teacher union talking points, and was dismissive toward parents.

There were even rumblings in uber-leftist San Francisco in February, when three extremist school board members were recalled and each was in a landslide. The recall was almost exclusively a Democratic effort in which many liberals had been pushed too far and Asian Americans were galvanized. Extended school closures, a buffoonish effort to rename schools, an attempt to move away from using achievement as a metric for admission into a high-ranking school, a hideous achievement gap, an enormous budget deficit, not to mention using racial slurs in an anti-Asian rant are most definitely not winning issues for good people of any ethnicity or political stripe.

Finally, educational freedom is an issue that Republican candidates should embrace. A RealClear Opinion Research poll in February revealed that 72% of the respondents support school choice, with just 18% opposed. The results don’t vary much by race, with 77% of Hispanics, 72% of Whites, 70% of Blacks, and 66% of Asians expressing support. By embracing educational freedom, Republicans would show minorities that the GOP is still the party of Lincoln.

While running on traditional issues should not be abandoned, Republicans also need to hammer Democrats on educational issues. If they do, the political landscape in the U.S. could radically shift. Just ask Glen Youngkin.