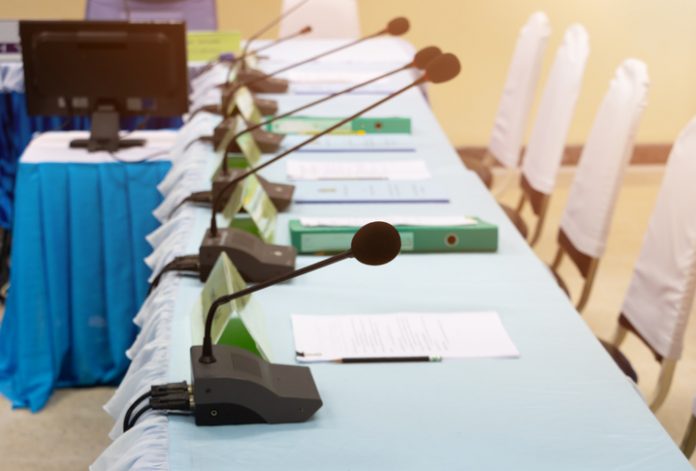 Outraged citizens in Michigan’s Rochester Community Schools have stepped up to run for school board, seeking major change after the district spied on and threatened parents – and even got one fired from her job.

It all happened as parents there and all over the country merely questioned controversial ideologies and COVID-19 policies, and had their voices silenced.

“I was so disappointed to witness our board of education unanimously vote to renew the contracts of three administrators who engaged in unethical retaliation against parents,” candidate Carol Beth Litkouhi told The Lion.

Indeed, earlier this year the Rochester district settled a lawsuit brought by concerned mom Elena Dinverno that claimed her First Amendment rights were violated. The district agreed to pay Dinverno $190,000.

Dinverno claimed in her lawsuit that she lost her job for criticizing the district’s COVID-19 policies after the district’s deputy superintendent, Debra Fragomeni, falsely told her former employer that Dinverno’s “social media advocacy and criticism of the school district was … threatening and posed a danger to the district and the students’ well-being.”

“Our deputy superintendent was responsible for calling Elena Dinverno’s employer to complain about her after she voiced concerns in a civil, respectful tone,” Litkouhi says. “The other two administrators were responsible for capturing annotated screenshots of parents, admitting to spending about 60-70% of the day on social media in the lawsuit depositions.

“Our board failed to provide any consequences regarding this effort to suppress and silence citizens with dissenting views. We need to turn the page on indifferent and complacent leadership that lacks the integrity to address corruption. We need new board members who are willing to restore our district’s focus on academics, transparency, healthy communication with parents and accountability.”

Likewise, other candidates for the three available seats on the Rochester Community School Board say the current board doesn’t respect parents, nor value the community’s input and participation.

“Every member of the school community has value and should be treated as such,” candidate Andrew Weaver told The Lion. “Parents, students and educators make up the three legs that support the figurative stool that is a successful school district.”

Weaver said he believes the primary role of the school board is to hold district leadership accountable. He said he’s also concerned about recent decisions made regarding school curriculum and the purchase of a new administration building, topics he says were not first brought before taxpayers for discussion and debate.

“I believe that parents and community members are currently an untapped resource that could be used to bring professional and real-world learning experiences to our students,” says Weaver.

“Because the current board of education trustees have become detached and disenfranchised from the RCS school community, we need to bring the community back into the school. The board should serve as representation of the community and should be the voice of all concerns and questions that exist within the community.”

Weaver provided The Lion copies of the first and second “cease and desist” letters the district sent to parents critical of their decisions, as well as a copy of a police report filed by Superintendent Robert Shaner against parents such as Dinverno, Weaver and Litkouhi.

Dennis Talluto also is running for one of the three open seats on the board.

“This RCS District administration and board of education have a track record of malfeasance, and misfeasance dating back many years, according to many parents I have spoken with in the district,” Talluto said in a statement to The Lion.

“COVID and the social problems emanating from the country’s response only served to expose, highlight and unmask these bad behaviors for more citizens to see, and the lack of true leadership in the district and the board of education.

“Hardworking moms and dads, simply seeking answers from leadership regarding their children’s education, were subjected to a wide range of abuses by the district leadership [as well as an] abject, utter failure of board leadership in their primary duties to oversee and supervise the administration, and to respond to their primary constituents under the Michigan law – parents and guardians!

“This two-and-a-half year, ongoing pattern of abuse of constituents and lack of governance, leadership, accountability and responsibility has led to not only the filing of a second lawsuit against the district, but also the exodus of more than 400 children and their families, plus scores of highly regarded educators from the RCS teaching corps, completely fed up with the toxic environment of harassment, threats, intimidation, or just the complete lack of communication and resolution (there are parents who are still waiting one and two years for answers to their questions).”

This November, voters in Rochester Community Schools will have their first chance to make their voices heard at the polls since these controversies exploded.

Parents in the district have been speaking out on Facebook about lockdowns since the beginning of the COVID-19 pandemic. They were unaware that as of March 2020, their posts, even those in private groups, were being closely monitored and compiled by the district communications office in “dossiers,” Dinverno’s lawsuit claimed.

The lawsuit argued that following Fragomeni’s November 2020 complaint against her, Dinverno was terminated from her position in December 2020 – “effective immediately” because, she was told, her position was no longer needed. However, shortly after she was terminated, the company posted an opening for a marketing director position on LinkedIn, according to the lawsuit.

Fragomeni admitted during her deposition that she spoke with the local mom’s boss, though district attorneys denied any wrongdoing.

District communications staffers “were assigned to regularly capture screenshots of parents’ social media posts and comments which criticized the school district and to compile dossiers,” which sometimes spanned hundreds of pages, according to the lawsuit.

The dossiers were then circulated to members of RCS administration and school board members, according to the lawsuit. The district’s staff are alleged to have “frequently” made note of the parents’ kids, where their kids attended school, and in some cases, a parent’s place of employment.

Still, the school board renewed Fragomeni’s contract and the contracts of the communications office staff at the end of June, spurring concerned citizens such as Talluto, Weaver and Litkouhi to run for the three board seats being vacated at the end of this year.

The Lion was unable to reach the other four candidates running for school board.

Originally published by The Lion. Republished with permission.

Star Parker: Marriage Is a Truth That Cannot Be Redefined