De Rugy: Championing Opportunity is a Winning Strategy for Democrats 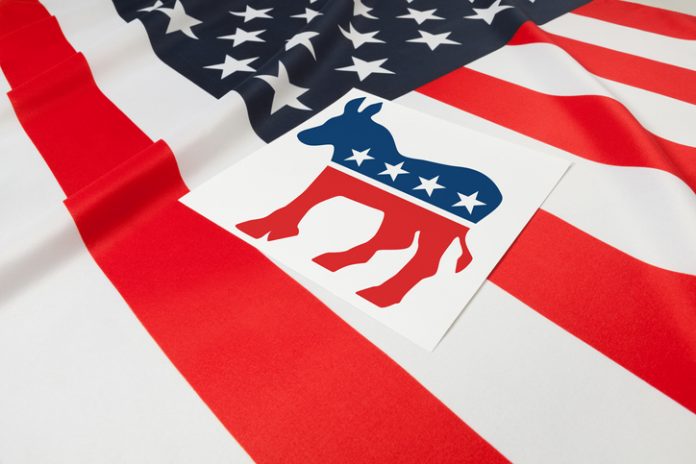 Today’s political parties lack ideas. The Republicans define themselves as opponents of Democrats. Yet many of the GOP economic policy positions resemble, with minor variations, those of Democrats. Meanwhile, the Democrats repeat the same simplistic refrain: “solve” every problem with more money and stricter regulations. How dreary and unproductive.

To the Democrats in charge right now, let me offer an idea as you try to fight poverty, inequality and corporate influence: Transform yourselves from the party of handouts and regulations into the party of opportunity.

Words mean different things to different people, especially in politics. The Oxford English Dictionary defines opportunity as a set of circumstances that makes it possible to do something. That, of course, could imply giving someone money to help pay expenses. The problem with this singular approach is that, while it provides temporary relief, it stunts personal success—not least because receiving the help often requires staying below some level of income. It could also mean artificially making the price of things cheaper through subsidies or price ceilings. But decades of economic literature shows that this approach always backfires and produces the opposite effect.

Very often, the better approach is to create the best possible environment for people to improve their lives over the long haul. To this end, government should avoid penalizing investment, thwarting competition, discouraging innovation and work and obstructing production. Only by liberating people to engage in these activities will we experience the sustained drop in prices, improved quality of goods and services and increased access that Democrats want.

Why should Democrats embrace what might sound like conservative talking points? As conservatives encroach more and more into government control over the economy, progressives, who’ve failed at their traditional approach for decades, have nothing to lose.

Indeed, by attempting to make all good things better and more affordable, we’ve regulated and subsidized everything under the sun. In return, we’ve mostly gotten reduced supply and higher prices. In fact, the areas where government has intervened the most through regulation and subsidies—increasingly paid for, by the way, with debt—are precisely where costs have risen the most and quality has stagnated.

The good news for Democrats (and anyone who is listening) is that while shifting this one policy stance requires a new mindset, there are many scholars across the ideological spectrum ready to help with specific proposals.

Some of these ideas are already picking up progressive support. At the state level, occupational licensing reforms would allow more newcomers to enter a range of different professions, sell their services and compete with expensive, existing suppliers. Ending certificate-of-need restrictions would allow health care providers to expand their businesses, add more beds to hospitals and more easily acquire technology to improve their services without having to demand permission from their board-sitting competitors.

Others are calling to roll back local zoning and other land-use rules that restrict housing construction and drive up home prices, especially in coastal cities where ordinary people can barely afford to live. In a 2020 article for The New York Times, I explained how “modest housing deregulation, such as upzoning to allow taller structures, can substantially increase the supply of housing in the most prosperous areas of the country. This promotes economic migration to these areas, which can reduce poverty and inequality by giving lower-income workers greater access to higher-wage labor markets.”

At the federal level, Democrats would have the biggest impact by relaxing well-meaning rules that do very little to improve actual safety while paralyzing progress and jacking up costs. These include overly restrictive approval processes for drug development and new technologies.

However, no safety rule gathers more bipartisan calls for radical reform than the environmental-impact reviews required by the National Environmental Protection Act of 1970. Numerous studies show that this federal permitting process delays and drives up the costs of infrastructure projects. As Jeremiah Johnson says in Liberal Currents, “NEPA is one of the primary reasons why it’s so hard to build anything in America.” He adds, “But the reality is that there’s not much evidence NEPA even does any good for the environment.” It’s time to build again with better ways to protect the environment.

The above suggestions only scratch the surface of the opportunity-creating policies that are out there. Each such proposal, though, needs a strong champion. Democrats should take on this mantle. They will be rewarded with growth and prosperity for their constituents—and, hence, with more regular electoral success.