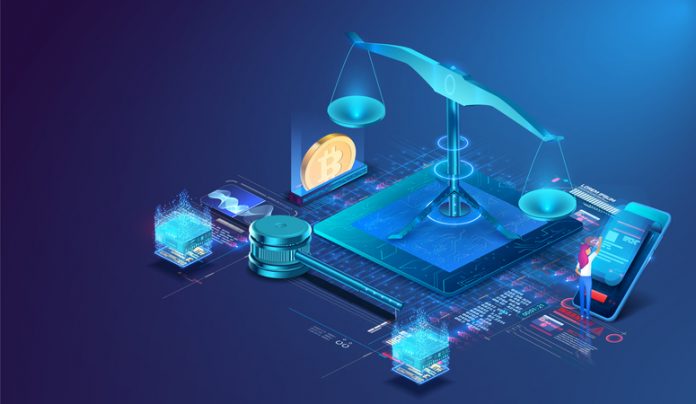 The September 16 statement on the White House’s “Comprehensive Framework for Responsible Development of Digital Assets” touched on a lot of topics but was more signal than substance. Most items were left to be determined, and positions tended to be hedged. But as every economist knows: signals matter.

Given the scope of the press release and underlying reports, we will have fuller analyses over time. However, there are some portions worth immediate attention. Namely, the sections on cryptocurrency regulation, central bank digital currencies (CBDCs), and financial crime.

While it came with caveats, the White House notes the benefits of cryptocurrencies: “Some digital assets could help facilitate faster payments and make financial services more accessible, but more work is needed to ensure they truly benefit underserved consumers and do not lead to predatory financial practices.” Moreover, the report alludes to the desire to keep the United States competitive on digital assets. Nonetheless, it overlooks the negative impact certain regulatory approaches can have on the United States’ ability to foster financial inclusion and lead in this space. Rather, the release leaned into regulators’ fears of contagion and systemic risks from the intertwining of “[d]igital assets and the mainstream financial system.” (The Financial Stability Oversight Council (FSOC) will have a report in October addressing these concerns.)

With respect to mitigating financial “spillover effects,” the release cites the President’s Working Group’s (PWG) stablecoin report, but did not mention the report’s insistence that legislation require issuers to be insured depository institutions. Legislative proposals that do not insist on this requirement are much better policy. In addition, the White House’s statement glossed over the important distinction between asset‐​backed and algorithmic stablecoins.

While the consumer protection side of the cryptocurrency regulation conversation has focused on the Securities and Exchange Commission (SEC) and the Commodity Futures Trading Commission (CFTC), the White House made important call outs with respect to the Consumer Financial Protection Bureau’s (CFPB) and Federal Trade Commission’s (FTC’s) regulatory roles. Those following the crypto regulatory debate would be wise not to overlook these agencies’ authorities to address unfair or deceptive acts or practices.

As for the ongoing competition between the SEC and CFTC over their regulatory roles with respect to crypto tokens, the press release was conspicuously tight‐​lipped, encouraging both agencies to “aggressively pursue” enforcement actions “consistent with their mandates.” With that said, a reference to encouraging “agencies to issue guidance and rules” should be noted well by the SEC, as Chair Gensler continues to insist that the rules already are clear enough. There are indications that the White House may be tiring of this line.

On the purported benefits of a CBDC, the list offered by the White House is overly optimistic. They described how a CBDC “has the potential to offer” a more efficient payment system, a foundation for innovation, faster cross‐​border payments, environmental sustainability, and financial inclusion. To the extent any benefits might be offered, it’s far more likely that only one or two of the benefits will be achieved. As most CBDC proponents have noted, the capabilities any particular CBDC design might have are directly related to how the protocol is designed. A CBDC designed to do “everything” is unlikely to do anything remarkably well.

But this list is more telling for another reason. The White House had time to list all of these purported benefits, but then said next to nothing about the risks of a CBDC. The administration included just one sentence: “But a CBDC could also have unintended consequences, including runs to CBDC in times of stress.”

The American people, on the other hand, have not been so silent. Over 2,000 letters were written to the Federal Reserve in response to their CBDC discussion paper last spring. Of these, over 1,300 letters were concerned about or outright opposed to the idea.

Even Fed officials have spoken out about the risks a CBDC poses in terms of financial surveillance and control. Fed Chair Jerome Powell, Fed Governor Michelle Bowman, Minneapolis Fed President Neel Kashkari, Former Fed Vice Chair Randal Quarles, and others have all addressed these risks. Yet, the Biden administration creeps forward.

Turning to the report’s section on financial crime, it’s important to begin with a question that J.P. Koning has raised a number of times: What is the optimal amount of financial crime? The answer is not zero. One shouldn’t be faulted for wishing to rid the world of crime, but overregulation can threaten the very free and creative society such efforts might seek to preserve.

So, what does the White House call for? The release says, “The President will evaluate whether to call upon Congress to amend the Bank Secrecy Act (BSA), anti‐​tip‐​off statutes, and laws against unlicensed money transmitting to apply explicitly to digital asset service providers.” In short, the President is considering calling for more financial surveillance.

The statement largely doubles down on the existing anti‐​money laundering and countering the financing of terrorism (AML/CFT) regime. This approach inevitably is in tension with what the release describes in a section on global leadership as “core values including data privacy.” Whereas regulation of traditional tech platforms prominently features consumer privacy protection as a highly sought‐​after goal, when it comes to cryptocurrencies and the decentralized web, regulators are prioritizing AML/CFT surveillance that inevitably involves gathering more identifying information. The tensions likely will only continue to grow.

The Bank Secrecy Act should be repealed or limited, not expanded. It’s time to rethink the entire process. Not least because the ever‐​expanding U.S. financial surveillance regime can harm everyday Americans more than criminals.

Finally, in giving credit where it’s due to “departments and agencies” for their efforts to “expose and disrupt illicit actors and address the abuse of digital assets” the White House overlooked the critical work of the private sector to expose and disrupt bad actors. As Ivane Nachkebia recently documented, there are many examples of individuals and businesses protecting the ecosystem and making big contributions to forensics.

The White House’s approach is framed as one of “responsible innovation.” It’s remarkable that what began with a nine‐​page PDF by a pseudonymous cryptographer known as Satoshi Nakamoto has grown into a global economy unto itself. People are deploying this invention to facilitate faster payments, make financial services more accessible, and broaden financial inclusion. When the market is supplying the innovation, the Administration—and Congress—have a responsibility to do no harm.

Originally published by the Cato Institute. Republished with permission under a Creative Commons Attribution-NonCommercial-ShareAlike 4.0 International License.