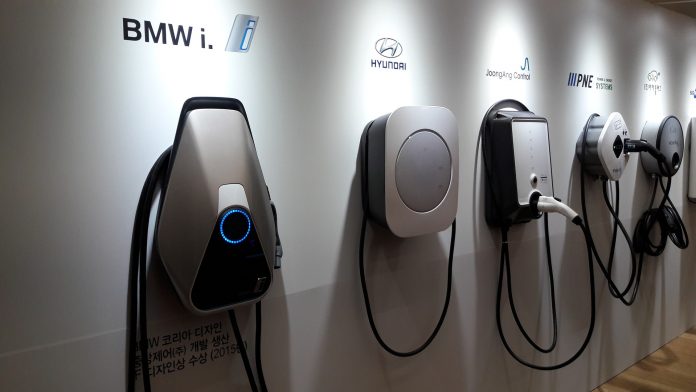 The oft-repeated claim that electric vehicles are “zero emissions” has zero basis in reality. John Murawski at RealClearInvestigations found that EV emissions boasts are vastly overstated. The vehicles may very well pose a worse environmental burden than their combustion-engine competitors.

As California, New York, and other states move to phase out the sale of gasoline-powered cars, public officials routinely echo the Biden administration’s claim that electric vehicles are a “zero emissions” solution that can significantly mitigate the effects of climate change.

Car and energy experts, however, say there is no such thing as a zero-emissions vehicle: For now and the foreseeable future, the energy required to manufacture and power electric cars will leave a sizable carbon footprint. In some cases hybrids can be cleaner alternatives in states that depend on coal to generate electricity, and some suggest that it may be too rash to write off all internal combustion vehicles just yet.

“I have a friend who drives a Kia he’s had for about 15 years,” said Ashley Nunes, a research fellow at Harvard Law School. “He called me and said, ‘Hey, I’m thinking of buying a Tesla. What do you think?’”

“I said, ‘If you care about the environment, keep the Kia,’” Nunes said.

Nunes’ advice points to the subtle complexities and numerous variables that challenge the reassuringly simple yet overstated promise of electric vehicles. Few dispute that the complete transition to EVs powered by cleaner electricity from renewable energy sources will have a less dire environmental impact than today’s gas-powered automotive fleet. But that low-carbon landscape exists on a distant horizon that’s booby-trapped with obstacles and popular misconceptions.

In the meantime, the growing efforts by governments in this country and abroad to ban people from buying a transportation technology that has shaped modern society for the past century is prompting some electric car advocates to warn against using best-case scenarios to promote unrealistic expectations about the practicalities, costs, and payoffs of EVs.

Adding up the environmental costs and benefits of electric cars requires complex computer modeling to calculate an EV’s lifetime carbon footprint, which depends on a host of assumptions and inputs. The cradle-to-grave analysis must factor in industrial processing, refining, manufacturing, recycling, and electricity generation. The upshot: More greenhouse gases are emitted in the manufacture of EVs than by the drilling, refining, smelting, and assembly for gas-powered cars, which means it can take several years of driving an EV before there is any benefit to the climate.

The linchpin of the EV revolution is California’s 100% ban on the sale of new gas-powered cars, SUVs, and light trucks, which is scheduled to go into full effect in 2035 and expected to be adopted by other states. California’s mandate includes a phased-in ban on the sale of new hybrids, which only recently were considered technological marvels. California will restrict the sale of plug-in hybrids to just 20% of total EV sales, a significant cap for low-emissions vehicles that are nearly as popular with environmentally conscious California consumers as all-electric EVs.

Within the past several years, General Motors, Volvo, and other major car makers have vowed to zero out gas-powered cars, amid a growing consensus of European nations, and with China, India, and Canada announcing plans to restrict or ban the sale of cars with gas tanks.

But public demand is lagging, and until that changes, governments will have to incentivize consumers to buy electric cars. Currently EVs appeal to a narrow demographic: affluent, educated, coastal, and liberal, with the highest enthusiasm among 35- to 45-year-olds, according to research by James Archsmith, who researches energy and environmental economics at the University of Maryland, and his co-authors. Their research concludes that under some scenarios, achieving a 50% market share for EVs in 2035 would require paying subsidies in excess of $30,000 per electric car, totaling in the trillions of dollars, and that achieving more modest penetration targets could cost public treasuries in the hundreds of billions of dollars.

Read the rest at RealClearInvestigations.

John Murawski reports on the intersection of culture and ideas for RealClearInvestigations. He previously covered artificial intelligence for the Wall Street Journal and spent 15 years as a reporter for the News & Observer (Raleigh, NC) writing about health care, energy and business.

John Murawski
John Murawski reports on the intersection of culture and ideas for RealClearInvestigations. He previously covered artificial intelligence for the Wall Street Journal and spent 15 years as a reporter for the News & Observer (Raleigh, NC) writing about health care, energy and business.