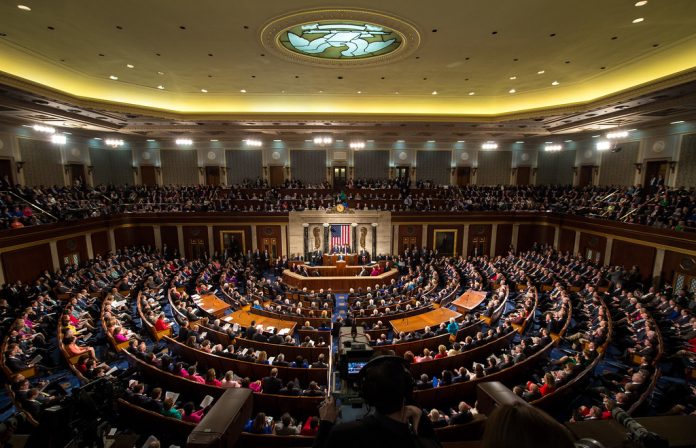 Debt limit ritual shows the incentives for reckless spending are bipartisan and include both Congress and the Executive. (Op-Ed)

It would be a good sign for the nation’s health if Congress and the president treated the debt ceiling as anything but a ritualistic public-relations exercise. Unfortunately, that will not and cannot happen.

The national debt has increased by about $3.7 trillion since President Joe Biden took office two years ago. Biden and a Democrat-controlled Congress piled those IOUs on top of the $4.4 trillion the government borrowed in 2020 to deal with the pandemic under President Donald Trump.

That’s $8.1 trillion in three years. The debt ceiling was $14.3 trillion in 2011. It is now $31.4 trillion, more than the nation’s annual economic output of $25.72 trillion according to the St. Louis Fed. And with the Federal Reserve raising interest rates to combat the inflation this reckless spending creates, the government’s interest payments are rising even faster. On top of all that, the official debt number does not include other government promises that will eat up further trillions of dollars unless current laws are changed to eliminate or reform those handouts, which Congress will never do voluntarily.

As the latest deadline approached last Thursday, the U.S. Treasury announced it would start moving money around to keep paying the government’s bills until at least early June. That kicks the can down the road for another five months.

Significantly, nobody in any position of power is suggesting not raising the debt ceiling.

That is because the system rewards reckless spending. The Democrats understand this. They enjoy getting credit for all the “free” goodies they hand out, plus the votes the government giveaways buy. In addition, the Democrats know they can rely on Republicans to cut the budget deficit later when it becomes unsustainable, and the GOP will take all the heat for it, when and if they should ever control the White House and both chambers of Congress again. For Democrats, federal spending is all gain and no pain.

The Republicans, by contrast, want to present themselves as responsible and wise without being characterized as killjoys and banished from the best cocktail parties in Washington, D.C. That is an impossible dream. People naturally prefer Santa Claus over Mr. Potter from It’s a Wonderful Life.

The Republicans did obtain concessions from President Barack Obama in 2011 when the Tea Party refused to raise the ceiling without budget cuts. Obama gave in to some reductions, and Congress increased the debt limit. Obama won reelection in 2012 and the Democrats picked up seats in both houses of Congress. The national debt has more than doubled since then.

So, once again Congress and the president act out this timeworn ritual in which Democrats pretend the world will end if the federal government cannot borrow more money and Republicans pretend they are protecting the taxpayers by trying to negotiate promises the Democrats will never keep and the Republicans will never require them to honor. With the press and social media on their side and the public denied a hearing, the federal wastrels will get their way as usual.

The incentives for our national government are all wrong, and they are entirely in furtherance of continual spending increases in perpetuity until the U.S. economy can no longer support such extravagance and the Treasury is finally forced to default on the nation’s debt or watch spiraling inflation unleash devastating social chaos.

Don’t think it cannot happen. That day will come, and sooner than most people seem to think; but it is not today, and it is not tomorrow, so we will all go to bed tonight still hoping that all will be well if we just ignore the wolves at the door.

S. T. Karnick is a senior fellow and director of publications for The Heartland Institute, where he edits Heartland Daily News.