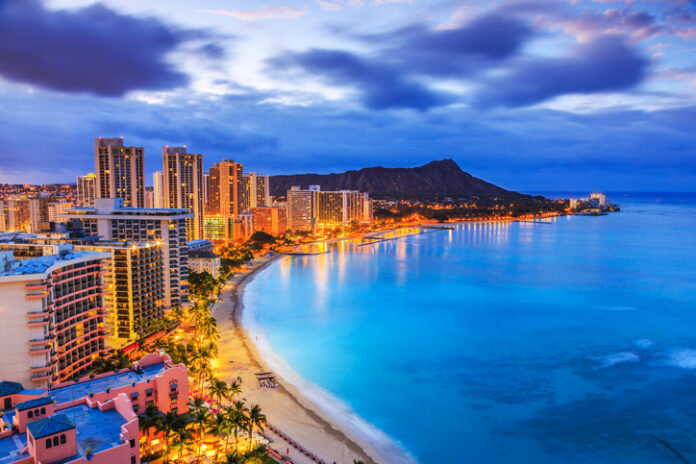 Senate Democrats who passed Senate Bill 3150 which would impose a $40 per metric ton tax on of carbon dioxide emissions beginning in 2021, incrementally increasing the tax rate in stages to reach a price of $80 per metric ton by 2030.

In addition to the gasoline taxes they already pay, Hawaii motorists may soon be hit with a tax on vehicles’ carbon-dioxide emissions.

Senate Bill 3150 (SB 3150) would amend Hawaii’s 2010 Environmental Response, Energy, and Food Security Tax, which imposes a tax of $1.05 per barrel of oil imported into the state to fund environmental initiatives, to tie the tax to carbon dioxide emissions. The bill would replace the current per-barrel tax with a $40 per metric ton tax on carbon dioxide emissions in 2021, incrementally increasing the tax rate in stages to reach a price of $80 per metric ton by 2030.

SB 3150 passed through the Democrat-majority state Senate, where Republicans hold just a single seat, by a vote of a 23 in favor and two opposed, in early March, sending the measure to the state House of Representatives, where Democrats hold a 44-5 majority.

SB 3150 was a product of the Hawaii Climate Change Mitigation and Adaptation Commission, created by the legislature in 2017, to “provide policy direction, facilitation, coordination, and planning among state and county agencies, federal agencies, and other partners as appropriate [and to] establish climate change mitigation and adaptation strategies and goals to help guide planning and implementation statewide.”

Commission coordinator Anukriti Hittle testified during Senate hearings that putting a price on carbon dioxide is the most effective single action the state could take to achieve Hawaii’s ambitious carbon-dioxide emission reduction goals established by the state’s ongoing commitment to the 2015 Paris climate agreement, even though President Donald Trump withdrew the United States from it.

“Hawaii’s Climate Commission recognizes the urgency of climate threats and the need to act quickly,” the commission said in a statement. “It promotes ambitious, climate-neutral, culturally responsible strategies for climate change adaptation and mitigation in a manner that is clean, equitable and resilient.”

Hawaiians shouldn’t have to pay more taxes on energy, says Tom Yamachika, president of the Tax Foundation of Hawaii.

“In addition to the federal gasoline tax, Hawaii imposes a tax on gasoline of 16 cents per gallon,” said Yamachika. “Then there are county per gallon gas taxes—16.5 cents in Honolulu, 17 cents in Kauai, and 23 cents on Maui and the Big Island—then there is a 4.5 percent excise tax, which is slightly different in Maui.

“The new carbon dioxide tax would result in imposing an additional tax of approximately 17 cents per gallon of gasoline over the current rate in 2021, 29 cents in 2024, 41 cents in 2027, and 53 cents in 2030,” Yamachika said. “The tax would also be imposed on butane, diesel, kerosene, jet fuel, No. 6 fuel oil, and propane, and increase taxes on coal to $7.84 per million BTU and natural gas by $4.24 per million BTU; meanwhile, the state’s Department of Transportation is seeking to impose a ‘road usage charge,’ an annual fee on miles traveled in the state.”

The need for this law is unclear, and the law’s proponents never explain the costs and benefits of it for average Hawaiian families, says Jordan McGillis, deputy director of policy at the Institute for Economic Research.

“The drafters of this bill needed to be more explicit in their assumptions, intentions, and expected outcomes,” said McGillis. “The bill claims ‘climate change is the most critical issue confronting the State of Hawaii,’ yet, if that is the case, we would expect the drafters to refer to this confrontation directly by explaining, for example, the costs Hawaiians themselves should expect to face as a result of climate change.

“Instead of any reference to the costs Hawaiians will face, the bill refers only to the vague ‘social costs of the adverse impacts of carbon dioxide emissions’ and to global benchmarks set in the Paris Agreement,” McGillis said. “This raises the question of whether the bill is intended to benefit Hawaiians or just to serve as a symbolic gesture, and because the bill makes no mention of any benefits Hawaiians will reap as a result of it, one is left to assume it is a symbolic gesture—one that will impose high costs on Hawaiians’ households.”

“Most of these [tourism-based businesses] are family businesses which are locally owned and operated,” Coon testified. “They are capital-and labor-intensive, [and] many of them have been in business for several decades and are an important and valued part of their respective communities.”

“[Senate Bill 3150] would significantly increase the cost of operating for almost every small ocean-tourism business,” Coon continued. “Its impact will also be on our employees and every resident of the state, who already are paying some of the highest gas prices in the nation. We see this as just another overreach on the part of our government taking hard-earned money from the people who can least afford it. Please, do not pass this bill.”