Real Climate Science from David Legates Seems to Scare the Media. Will It Scare NOAA? 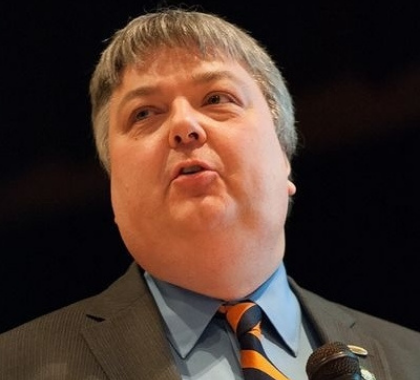 BUCKLE UP! Let’s break it down and debunk tons of lies about David Legates, climate science, the scientific method, and The Heartland Institute.

Well done, NPR — which reached out to Heartland for comment on a Saturday two hours before they published this story “on a tight deadline” for a story they were obviously working on for days. Your tax dollars subsidize this fake news, by the way.

Let’s break it down and debunk tons of lies about Legates, climate science, the scientific method, and The Heartland Institute. Buckle up … and this is just a quick rebuttal. A more-comprehensive one — based on the Climate Change Reconsidered series Legates helped produce, is warranted. Lead paragraph:

David Legates, a University of Delaware professor of climatology who has spent much of his career questioning basic tenets of climate science, has been hired for a top position at the National Oceanic and Atmospheric Administration.

Legates has, indeed, been “questioning basic tenets of climate science,” if you substitute the word “science” for “dogma.” The very definition of science, in its most-basic sense from The Enlightenment to 2020, is “questioning the basic tenets” of current assumptions.

The ignorant taxpayer-supported NPR reporter Rebecca Hersher is ignorant of this basic fact of the scientific method. Again: She’s paid, in part by you, to be a “science writer” for National Public Radio. After some factual boilerplate, here’s paragraph #4:

Legates has a long history of using his position as an academic scientist to publicly cast doubt on climate science. His appointment to NOAA comes as Americans face profound threats stoked by climate change, from the vast, deadly wildfires in the West to an unusually active hurricane season in the South and East.

David has not “used his position” for anything. He’s examined the data for many, many years and has not seen proof that humans are the chief drivers of climate change. Americans in the West threatened by wildfires have the extreme never-cut-any-tree-down “green” polices pushed by the Sierra Club and other luxuriously funded leftist groups to blame for their misery.

BTW: This year’s hurricane season is, indeed, active, but that is only getting back to normal after almost historic years of inactivity. But the legacy media ignores all those facts. Because “disaster” sells, even if you have to make it up.

Global temperatures have already risen nearly 2 degrees Fahrenheit as a result of greenhouse gas emissions from burning fossil fuels. Warming is happening the fastest at the Earth’s poles, where sea ice is melting, permafrost is thawing and ocean temperatures are heating up, with devastating effects on animals and humans alike.

Ok. “nearly 2 degrees Fahrenheit” … since when? The climate science reporter doesn’t say. Shouldn’t, on a basic level, there should be some context to that? Oh, well. I guess NPR readers/listeners don’t need that basic information. And is it the result of greenhouse gases? No proof of that in the National Public Radio story — which Americans think they can count on for comprehensive journalism.

The earth is warmer than it was before the dawn of the Industrial Revolution, when humans started burning fossil fuels and emitting carbon dioxide in the atmosphere. But temperature readings in the United States were as warm or warmer in the 1930s than today, when global emissions were a tiny fraction of today. That is the kind of fact that Legates examines as a scientist.

In 2007, Legates was one of the authors of a paper that questioned previous findings about the role of climate change in destroying the habitat of polar bears. That research was partially funded by grants from Koch Industries, the lobbying group the American Petroleum Institute and ExxonMobil, according to InsideClimate News.

That was not just “a paper.” It was a peer reviewed paper. Funny how NPR, pushing an agenda, fails to mention that very important fact. Legates didn’t just “write a paper” that “someone” published. What a joke.

Polar bears populations are also thriving, another fact that is easily found and debunks the idea that their habitat is being destroyed. And Inside Climate News is a garbage outlet that pushes alarmism, not climate science. Research stands on its own on the science. Note how there is no attempt by NPR to counter the paper, just a smear. This is typical. NPR, like most garbage media outlets, never cite anything to debunk the science presented by “skeptics.”

This is the game: The corrupt media just refers to their other reporting by garbage media to make it smell better. Newsflash: The stink is still there.

The same year, Delaware Gov. Ruth Ann Minner sent a letter to Legates expressing concern about his opinions on climate change, given that he was the state climatologist at the time. Minner asked him to refrain from casting doubt on climate science when he was acting in his official role. Legates stepped down in 2011.

A politician definitely knows more about climate science than Legates. Sure. And, again, Legates wasn’t “casting doubt on climate science,” he was engaging in climate science. His sin was that his examination of the data differed from climate politics dogma. No wonder he resigned. He was employed by ideologues, not even objective laymen with an open mind.

Legates also appeared in a video pushing the discredited theory that the sun is the cause of global warming. In testimony before the U.S. Senate in 2014, Legates argued that a climate science report by the U.N. Intergovernmental Panel on Climate Change erroneously stated that humans are causing global warming.

Jeez! Where to start. A lot of BS packed into such a small amount of words. Hey, NPR. You linked to Legates’ lecture. Now how about a link to something that proves his thoughts are “discredited”? Lame. How about mentioning that the UN IPCC reports completely discount any role of the sun in their reports, which you seem to consider holy writ?

Legates is a professor in the Department of Geography and Spatial Sciences at the University of Delaware. He is also affiliated with the Heartland Institute, a think tank that has poured money into convincing Americans that climate change is not happening and that the scientific evidence — including evidence published by the agency that now employs Legates — is uncertain or untrustworthy.

This is 100% wrong. If Rebecca spent even 10 minutes looking over Heartland’s website, and our Center on the Environment, or our climate conferences, or the Climate Reconsidered series, or our Climate Realism site, or our Climate-At-A-Glance site, she would know that Heartland has never posited that “climate change is not happening.” Such a proposition is absurd.

The question that The Heartland Institute raises — via the hundreds of scientists we worth with across the globe — is that human activity is not the main driver of climate change. That is what the data shows, including NOAA’s. They just don’t like to admit it. Legates, hopefully, will not let them get away with more alarmism via hiding the pea.

Advocates who reject mainstream climate science, such as those at Heartland, have had a leading role in shaping the Trump administration’s response to global warming, including the decision to exit the Paris climate accord.

Eureka! We’re making progress. The Heartland Institute did have a role in Trump rejecting the Paris Climate Accord and has helped shape his “response to global warming.” We are proud if that, and every American should be grateful. in truth, every word of this paragraph is an accurate statement, other than “reject mainstream climate science.”

I know that’s a trope the ignorant media likes to trot out, but the idea of “mainstream” or “consensus” climate science does not adhere to the scientific method. Let’s allow Nobel Prize Winner and participant in the Manhattan Project Richard Feynman state it clearly and distinctly — the universal law of the scientific method — in just one minute.

Steve Milloy, a Heartland board member and part of Trump’s Environmental Protection Agency transition team, says he welcomes the Legates appointment. “David Legates is a true climate scientist and will bring a great deal of much-needed science to NOAA,” Milloy writes in an email to NPR.

But climate researchers slammed the NOAA decision to appoint Legates to a key scientific position.

What a surprise. And notice that Rebecca didn’t put “other” in front of “climate researchers” in this set-up. David knows more about the climate and has researched it more than the very next person Rebecca quotes.

“He’s not just in left field, he’s not even near the ballpark,” says Jane Lubchenco, professor of marine biology at Oregon State University and head of NOAA under President Obama.

Contrarians in science are welcome, Lubchenco says, but their claims have to be scientifically defensible. That’s why official groups like the United Nations’ Intergovernmental Panel on Climate Change review the entire range of scientific research before reaching a conclusion.

The chances that Jane Lubchenco has read anything David Legates has written or listened to anything he’s said about the climate is zero. If she did, she wouldn’t say anything she said. It’s embarrassing, really. He only cites data. And the reason why the Climate Change Reconsidered series exists, is because they IPCC (a political, not scientific organization) ignored anything that went against their alarmist dogma.

Over the last 20 years, in his work and public statements, Legates has rejected the overwhelming peer-reviewed research that shows human activity is the main driver of a dangerously changing climate.

Legates has not “rejected the overwhelming peer-reviewed research that shows human activity is the main driver of a dangerously changing climate.” He has examined the same data and come to a different conclusion. That is called science. And Legates has defended his conclusions in public, repeatedly, for many years. And the only coverage Legates gets for that from NPR an other no-nothings in our corrupt and incurious mainstream media is the kind of crap in this article. This does not serve readers or science. Here’s an idea, America’s “science journalists”: How about you report what he says and encourage other scientists to challenge it with their own science?

Nah. They prefer leaning on jokers like … wait for it … Michael Mann to confirm their alarmist narrative.

Michael Mann, professor of atmospheric science at Pennsylvania State University, says in an email to NPR that Legates has, throughout his career, “misrepresented the science of climate change, serving as an advocate for polluting interests as he dismisses and downplays the impacts of climate change.”

Mann adds: “At a time when those impacts are playing out before our very eyes in the form of unprecedented wildfires out West and super-storms back East, I cannot imagine a more misguided decision than to appoint someone like Legates to a position of leadership at an agency that is tasked with assessing the risks we face from extreme weather events.”

The Heartland Institute is hosting its 14th International Conference on Climate Change in April in Las Vegas. The media’s favorite climate alarmist is welcome to come make his case, in front of David Legates, at that conference.

Michael Mann will refuse to defend his assertions, as he always does. (He’s blocked all who disagree with him on social media.) Maybe there’s a story there, NPR. 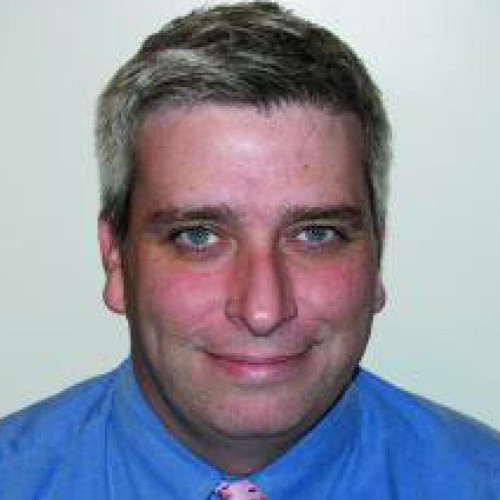