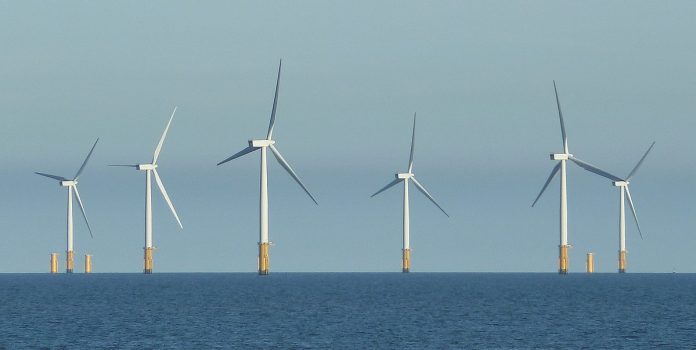 By enacting Senate Bill 9, “An Act Creating a Next Generation Roadmap for Massachusetts Climate Change Policy,” state lawmakers and the governor have taken a major step toward severing ties with fossil fuels and making Massachusetts more reliant on renewable energy, notably wind and solar power.

“Climate change is an urgent challenge that requires action, and this legislation will reduce emissions in Massachusetts for the decades to come while also ensuring that the Commonwealth remains economically competitive,” said Baker in a statement. “We are proud to have worked closely with the Legislature to produce bipartisan legislation that will advance clean energy sources and secure a healthy, livable environment for future generations.”

Among other provisions, the law allows the Baker administration to implement a new energy efficient building code for municipalities. The law also allows the Commonwealth to procure an additional 2,400 megawatts (MW) of what the governor’s office describes as “clean, reliable offshore wind energy” by 2027.

Massachusetts is no stranger to ambitious climate-change policies, having enacted a “Global Warming Solutions Act” in 2008, but the new law is far more comprehensive and prescriptive than all previous climate legislation.

To achieve its goal of net-zero emissions by 2050, it authorizes the Secretary of Energy and Environmental Affairs (EEA) to impose a limit capping emissions at no more than 50 percent of present levels by 2030, and no less than 75 percent for 2040. The legislation also authorizes EEA to establish emissions limits every five years, including sub-limits for six sectors of the Massachusetts economy: commercial buildings, electric power, industrial heating and cooling, industrial processes, natural gas distribution and service, and transportation.

Baker and the legislature are foisting a huge energy bill on future generations, says Dan Kish, a senior fellow at the Institute for Energy Research.

“Massachusetts just endorsed Chinese slave labor for solar panels and wind turbines and much higher electricity prices for its residents,” said Kish. “It is instructive to note that no one who voted on this will be in office when the bills will have to be paid, but they are around to spend the money rich ‘green’ companies are spreading around.”

This law is a bureaucrat’s dream, granting them untold power over the economy and peoples’ lives, says, Craig Rucker, president of the Committee for a Constructive Tomorrow (CFACT).

“The legislature has handed unelected bureaucrats in Massachusetts a blank check to micromanage most of the state’s economy for decades to come,” said Rucker. “The new law’s driving force is hubris, and the wreckage that hubris will leave behind is to drive more and more people to leave the state.”

Pain for the Poor

“Mandating the use of ‘renewable’ sources like wind and solar at the expense of fossil fuels in order to ‘decarbonize’ economies, as S. 9 does, is incredibly expensive, with the costs disproportionally impacting low-income households by raising their electric bills as well as the cost of all goods and services,” Benson said. “A Beacon Hill Institute study examining the previous legislative session’s version of S. 9 found gasoline prices in Massachusetts would have to be at least $14.10 per gallon, while the tax on gasoline emissions would have to be $1,585 per metric ton to get the Bay State to reduce emissions by 100 percent.

“I’m sure Bay Staters will be happy to spend 150 bucks every week filling up the tank,” said Benson. “Affordable energy is the key to productivity growth and the production of virtually all goods and services, yet by enacting this ‘Next-Generation Roadmap,’ Baker and the Massachusetts General Court have decided to make everything more expensive for working families in Massachusetts, while also seriously raising the cost to do business in the commonwealth.”

Despite the high costs, Massachusetts’ new climate bill will do nothing to protect the environment, says Benson.

“Sadly, all of this will be done to achieve an effect on global carbon dioxide emissions that is completely insignificant, because eliminating Massachusetts’ entire carbon dioxide footprint would be virtually immeasurable globally,” Benson said.

Bonner R. Cohen, Ph.D. (bcohen@nationalcenter.org) is a senior fellow at the National Center for Public Policy Research and a senior policy analyst with CFACT.