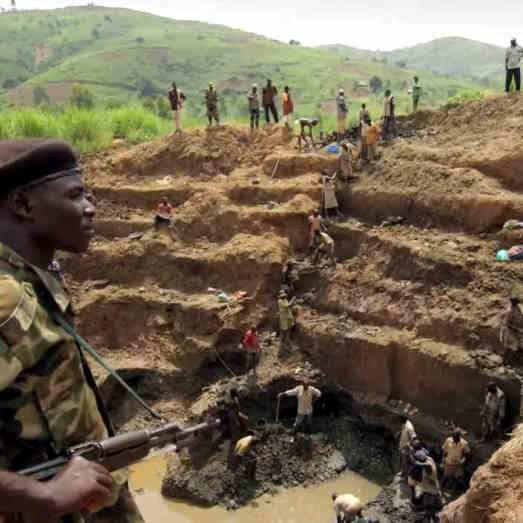 The U.S. depends on China for more than half of the minerals and metals deemed critically important for our nation’s economic health and military readiness.  While China has made mineral production and processing a strategic priority, the U.S. has done the reverse. Mining in the U.S. has been pushed to the margins.

As recently as the 1990s, the U.S. was the world’s largest producer of rare earth minerals. Today we have just one rare earth mine remaining and the U.S. must ship its ore to China for processing. Demand for rare earths is massive and growing. The Massachusetts Institute of Technology says a wind turbine rated at 3.5 megawatts of electricity contains 1,300 pounds of rare earths.

There is just one lithium mine left in the U.S., one for nickel, one for cobalt, one for manganese. These raw materials are vital to the manufacture of batteries used in electric vehicles and the transmission of solar and wind power on the nation’s electricity grid.

The problem isn’t a lack of mineral resources in the U.S. The National Mining Association says the U.S. is home to $6.2 trillion worth of mineral reserves.

Make no mistake, the magnitude of America’s import dependency is as immense as it is ominous. Minerals and metals are the key to the entire clean energy transition from fossil fuels to renewable energy. With the production of more EVs and wind turbines and solar panels, competition between countries for scarce minerals and metals will become intense. The International Energy Agency says global demand for minerals and metals could grow as much as six-fold by 2040.

Let’s be clear: As the need for minerals grows, we could wake up to the formation of a minerals cartel similar to the one OPEC created to boost oil prices.

Despite the enormous stakes, nothing has been done to make America’s own minerals on public lands more accessible to mining companies. A complex permitting process is the problem, requiring companies to wait 10 years or more to get government approval to mine in public lands. This is shackling the transition to EVs and clean energy technologies with huge, growth-killing costs.

During negotiations over the climate bill, President Biden agreed to push for permitting reform that would cover a number of things, including mining, but proposed legislation is stalled in Congress. One problem is opposition from anti-mining environmentalists who claim that recycling is the answer.  But recycling is five times more expensive than mining.

Missing is any awareness of the enormous quantities of minerals and metals that US manufacturers require. Without the creation of new mines, the minerals crisis is going to put the energy security in the U.S. at risk.

Despite the need for more domestic production, the Biden Administration is floating the idea of using government subsidies to open new mines overseas.  Undersecretary of State Jose Fernandez told Axios the Administration is considering financing “around a dozen” mining projects around the world. The money would be provided by the U.S. Export-Import Bank and the Development Finance Corporation, with possibly some funds distributed by the Mineral Security Partnership, a Biden Administration program that was created to leverage international relations to address U.S. mineral supply concerns. But paying for foreign mining would redirect emphasis on mineral production away from the U.S. and toward foreign countries.

We should stop pretending that domestic mining is unessential. The best way to keep the competition for minerals from erupting into a conflict with China is for the U.S. to do what has served it so well for over a century: to offer a viable alternative to imports based on increased domestic mining. Congress should approve without delay a bill that would streamline the permitting process.

Danny Ervin is a Professor of Finance in the Perdue School of Business at Salisbury University.

For more on rare earths and critical mineral, click here.

Danny Ervin
Danny Ervin is a Professor of Finance in the Perdue School of Business at Salisbury University.